US President Donald Trump says his claims about 'problems' in Sweden were based on a Fox News report he saw about immigration in that country. 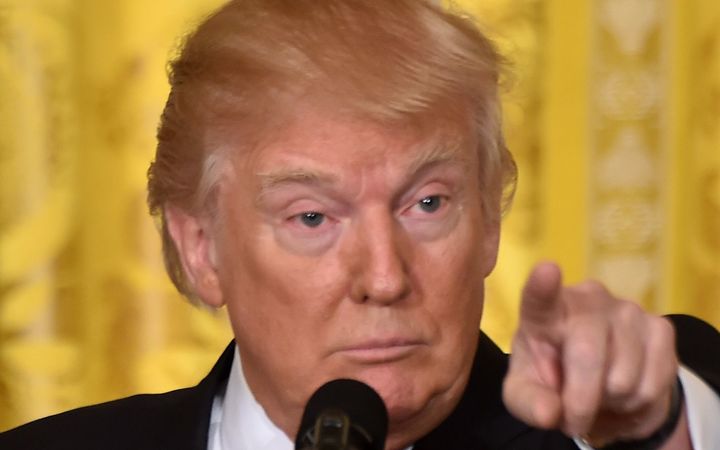 Speaking to a crowd of supporters at a rally in Florida on Saturday, Mr Trump said: "You look at what's happening last night in Sweden. Sweden, who would believe this. Sweden. They took in large numbers. They're having problems like they never thought possible,"

The statement baffled many people, including the former Swedish prime minister:

Sweden? Terror attack? What has he been smoking? Questions abound. https://t.co/XWgw8Fz7tj

Mr Trump clarified things today, in a tweet which read: "My statement as to what's happening in Sweden was in reference to a story that was broadcast on @FoxNews concerning immigrants & Sweden."

My statement as to what's happening in Sweden was in reference to a story that was broadcast on @FoxNews concerning immigrants & Sweden.

Earlier, some Twitter users suggested Mr Trump might have been referring to a clip aired on Fox News on Friday night of a documentary about alleged violence committed by refugees in Sweden.

"There was an absolute surge in both gun violence and rape in Sweden once they began this open-door policy," Ami Horowitz, who made the documentary, told Fox News, referring to Sweden's decision to open its doors to large numbers of refugees in 2013.

Fox News was known to be among Mr Trump's favourite cable TV channels.

After Mr Trump's comments, some people contacted the official @Sweden Twitter account, which is manned by a different Swedish citizen each week, to ask: "What happened in Sweden last night?" It was down to Emma, a school librarian, to allay concerns voiced from people around the world.

No. Nothing has happened here in Sweden. There has not ben any terrorist attacks here. At all. The main news right now is about Melfest. ->

(Melfest is the music competition which selects Sweden's entry for the Eurovision Song Contest.)

"I went to bed at around 4am, then my daughter woke me up at 7am and in those four hours there were over 800 mentions ... I usually get about a hundred," Emma told the BBC on Sunday, referring to the number of Twitter mentions the account received after President Trump's comments.

So what happened in Sweden on Friday?

There were no reported terrorist incidents in Sweden on Friday.

Sweden, with a population of about 9.5 million, has taken in nearly 200,000 refugees and migrants in recent years - more per capita than any other European country.

It saw a sharp increase in asylum seekers in 2015, with more than 160,000 people arriving. With the influx, tensions also rose with some isolated attacks on immigrants, as well as pro- and anti-migrant demonstrations.

The number went down last year after the country introduced new border checks incurring longer processing times, as well as financial incentives for migrants who voluntarily returned to their country of origin.

How safe is Sweden?

Preliminary statistics from the Swedish Crime Survey (in Swedish) show only a marginal increase in 2016 from the year before. Fraud and crimes against individuals were up, but drugs crimes and theft had decreased.

The number of reported rapes increased by 13 percent, although that is still lower than the number reported in 2014 (6,700), as Sweden's The Local reports.

What about terror attacks?

There have been no terror attacks in Sweden since the country's open-door policy on migration began in 2013.

there WAS in fact an attack in Sweden 3 weeks ago - by neo-Nazis - on Gothenburg refugee centre with home-made bomb. https://t.co/Ls5nHZUghM

In 2010, two bombs detonated in central Stockholm, killing the attacker - an Iraq-born Swedish man - and injuring two others, in what police described as a terrorist attack.

In October 2015, a masked man who was believed to have far-right sympathies killed a teacher and pupil in a sword attack.

And in Malmo last October, a fire at a Muslim community centre was claimed by the Islamic State group - the incident was cited by the White House in the list of incidents it deemed "under-reported" by the media.

Separately, Sweden is believed to have the highest number of Islamic State fighters per capita in Europe. About 140 of the 300 who went to Syria and Iraq have since returned, leaving the authorities to grapple with how best to reintegrate them into society.