The UK government has seen off an opposition attempt to add conditions to its Brexit bill after a Conservative rebellion was avoided.

MPs rejected a bid by Labour's Chris Leslie to force the government to consult Parliament on the deal struck with the EU before it was finalised. 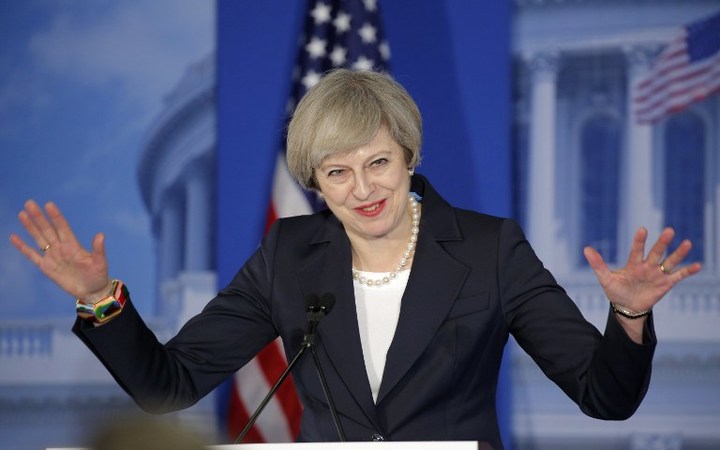 Theresa May has said Parliament will get a final say on the final Brexit bill. Photo: AFP

It came after ministers pledged that a "meaningful" vote would be offered.

Labour and some Tories had pushed for MPs to have a decisive say on the final terms, but the 326 to 293 vote means the bill remains unchanged.

MPs are still debating other elements of the draft legislation, which will authorise the prime minister to formally begin Brexit negotiations under Article 50 of the Lisbon Treaty.

Theresa May has already promised Parliament will get a say on the final deal, but critics, including some Conservatives, said they wanted more than the "take it or leave it" vote being offered.

Any possibility of a Conservative rebellion appeared to be halted by comments from Brexit Minister David Jones.

Mr Jones said MPs would get a say on the final draft Brexit agreement before it was voted upon by the European Parliament.

"This will be a meaningful vote," he told MPs.

"It will be the choice of leaving the EU with a negotiated deal or not."

However, some MPs questioned whether any concessions had in fact been offered.

Asked what would happen if Parliament rejected the Brexit deal or if there was no agreement with the EU to vote upon, Mr Jones said that in each scenario the UK would still leave the EU but "fall back on other arrangements".

This would effectively see the UK default to World Trade Organization trade rules, involving potential tariffs on exports and imports.

Opponents of Brexit have said this would cause real damage to British business, but supporters say the UK can live with the consequences if necessary as the UK would then be free to negotiate its own trade arrangements.

The government wanted to avoid a situation in which ministers were sent back to the negotiating table to hammer out a better deal, Mr Jones said.

That would be hard given the two-year limit for talks and would also be "the surest way of undermining our negotiating position and delivering a worse deal", he said.

Former chancellor Ken Clarke - the only Tory to vote against kickstarting the Brexit process last week - said Parliament should have the opportunity to shape the final deal, while former Scottish National Party leader Alex Salmond said MPs should have a genuine choice without the "Sword of Damocles" hanging over them.

But Labour's front bench claimed the move as a "significant victory" in response to its repeated demands for a "meaningful" vote at the end of the two-year negotiation process.

The party withdrew its proposed amendment before Mr Leslie's was defeated.

MPs, who overwhelmingly backed the European Union Bill last Wednesday, are currently in the middle of three further days of more detailed debate, with the Commons looking at amendments proposed by MPs.

Labour leader Jeremy Corbyn, who backed the Remain side in last year's EU referendum, has ordered his MPs to support the government's bill, whether his party's amendments are accepted or not.

If passed by Parliament - with the House of Lords due to scrutinise it after the Commons - the bill would allow Prime Minister Theresa May to invoke Article 50 of the Lisbon Treaty, getting divorce talks with the EU under way.

Mr Corbyn argues that it would be undemocratic to ignore the will of the people, as expressed in last June's EU referendum.

Shadow business secretary Clive Lewis has vowed to oppose the bill unless Labour amendments are passed in the Commons.

Frontbench members of parties are generally expected to resign from their post if they ignore a three-line whip.