People should not work more than 39 hours a week if they want to protect their wellbeing, a new study has found. 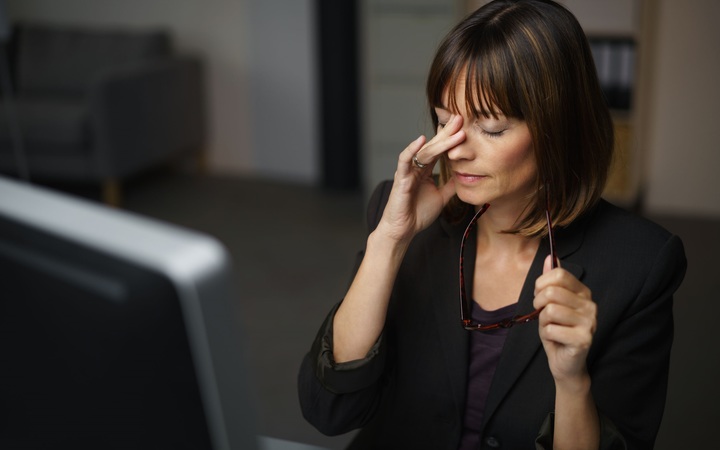 A new study suggests the limit for a healthy life should be set at 39 working hours a week. Photo: 123RF

Researchers from Australian National University used data from 8000 working adults as part of the Household, Income and Labour Dynamics in Australia Survey.

They found the work limit for a healthy life should be set at 39 hours a week, rather than the 48-hour week limit set internationally about 80 years ago.

Study co-author Professor Lyndall Strazdins, from the Research School of Population Health at the university, said almost a quarter of Australians worked longer than the recommended 39 hours.

The study found when men and women were considered separately, the healthy work limit was 34 hours per week for women once other commitments were considered.

The healthy work limit for men was significantly higher - up to 47 hours a week.

The researchers said this was because generally, men spent much less time on care or domestic work than women.

"Women are doing other work - much more extra work outside the labour market," she said.

Professor Strazdins said Australians needed to dispel the widespread belief that people had to work long hours in order to do a good job.

"My message is to their managers and our policy makers to start a national debate on how long is too long," she said.

She said employers must look for ways to support people to work shorter hours.

"And [they shouldn't] expect that they have to work longer hours to hold down that job," she said.

The study was published in the journal Social Science and Medicine.