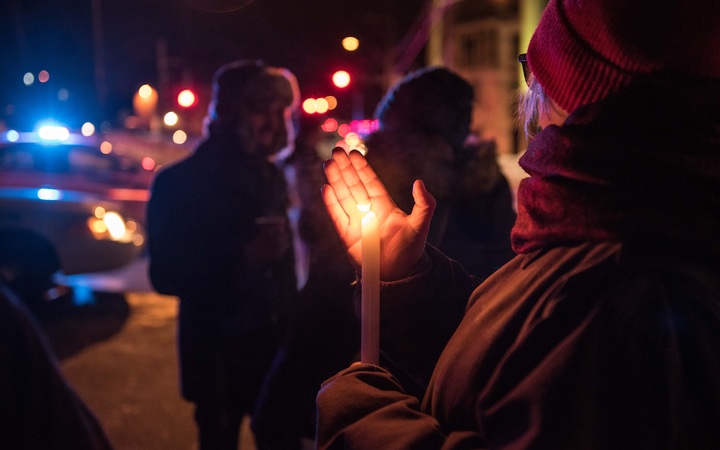 People gathered to show their support after the fatal shooting. Photo: AFP

Canadian Prime Minister Justin Trudeau has called it a "terrorist attack on Muslims".

Police said two suspects had been arrested, but gave no details about them or what prompted the attack.

A witness said about 40 people were inside the Quebec City Islamic Cultural Centre at the time.

Condemning the attack in a centre of worship and refuge, Mr Trudeau said Muslim-Canadians were an important part of Canada's national fabric and such senseless acts had no place in the community.

In a statement, Mr Trudeau offered condolences to the families and friends of those killed and wished the injured speedy recoveries.

"It was with tremendous shock, sadness and anger that I heard of this evening's tragic and fatal shooting," he said.

"We condemn this terrorist attack on Muslims in a centre of worship and refuge. 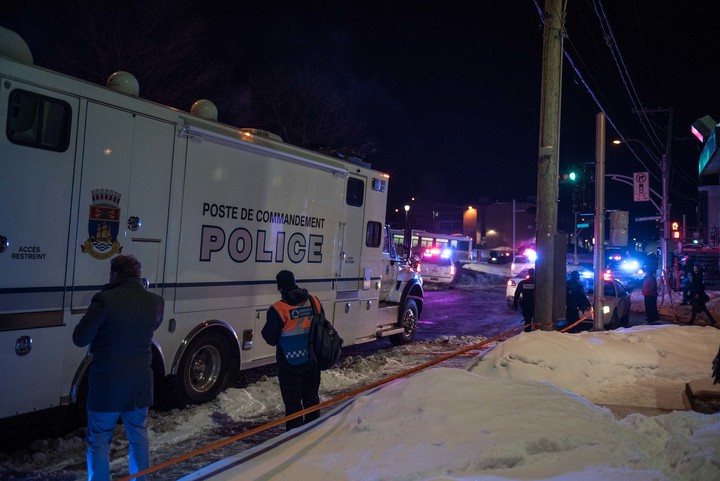 Police officers respond to a shooting in a mosque at the Québec City Islamic cultural center on Sainte-Foy Street in Quebec city. Photo: AFP

"It is heart-wrenching to see such senseless violence. Diversity is our strength, and religious tolerance is a value that we, as Canadians, hold dear.

He said authorities would make "every effort to apprehend the perpetrators of this act and all acts of intolerance".

'There are many victims'

Earlier, a Quebec police spokesman told reporters, "There are many victims ... there are deaths". 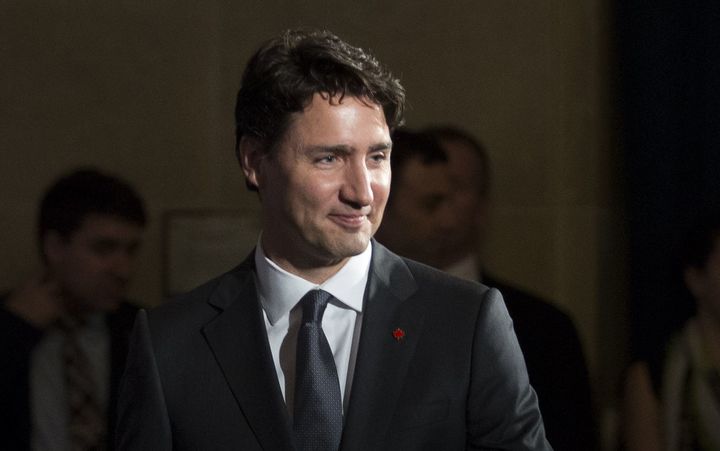 A witness said a heavily-armed police tactical squad was seen entering the mosque.

Police later tweeted: "The situation is under control."

"Why is this happening here? This is barbaric," the mosque's president, Mohamed Yangui, said.

Tonight, Canadians grieve for those killed in a cowardly attack on a mosque in Quebec City. My thoughts are with victims & their families.

Mr Yangui, who was not inside the mosque during the shooting, said he got frantic calls from people at evening prayers.

He said the injured were taken to different hospitals across Quebec City. 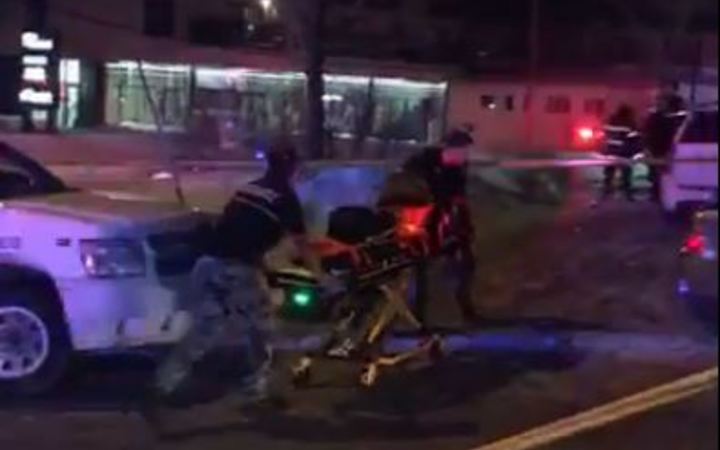 Like France, Quebec has struggled at times to reconcile its secular identity with a rising Muslim population, many of them North African emigrants.

The face-covering, or niqab, became a big issue in the 2015 national Canadian election, especially in Quebec, where the vast majority of the population supported a ban on it at citizenship ceremonies. Incidents of Islamophobia have increased in Quebec in recent years.

In June 2016, a pig's head was left on the doorstep of the cultural centre.

In the neighbouring province of Ontario, a mosque was set on fire in 2015, a day after an attack by gunmen and suicide bombers in Paris.

In 2013, police investigated after a mosque in the Saguenay region of Quebec was splattered with what was believed to be pig blood. 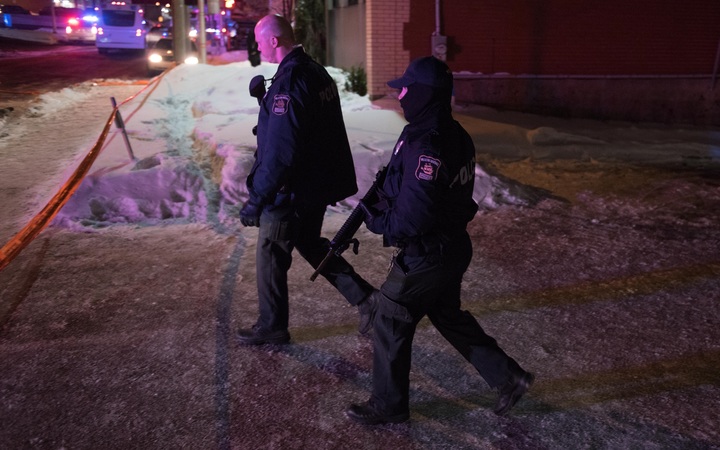 Canadian police officers on patrol after the shooting at the mosque. Photo: AFP