Up to 30 people are missing under snow and rubble at a mountain hotel in the central Italian region of Abruzzo hit by an avalanche.

The avalanche that swallowed the Hotel Rigopiano was apparently triggered by a wave of strong earthquakes on Wednesday. 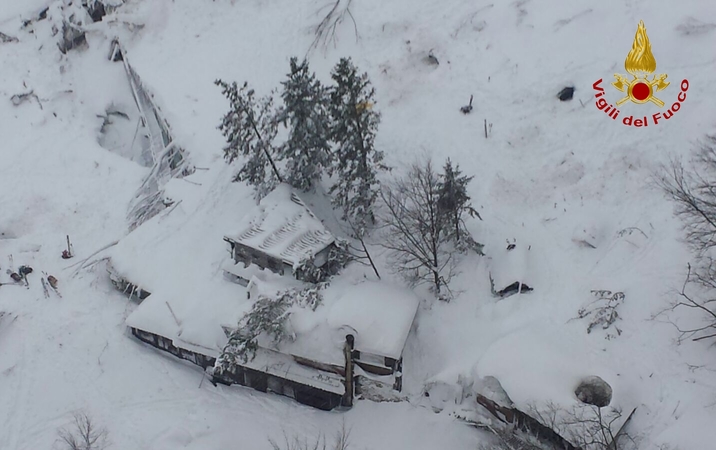 An aerial photo shows Hotel Rigopiano, buried in an avalanche, in the region of Abruzzo near Farindola. Photo: AFP / DPA

Italian media said three bodies had been retrieved from the site, close to the Gran Sasso mountain. Rescue workers declined to comment on the reports, but said they had yet to find any sign of life.

Local authorities said about 30 people had been in the building at the time, including two children, but more than 20 hours later, only a couple of survivors had been found - two men who had been outside when the disaster struck.

"I am alive because I went to get something from my car," one of the two survivors, Giampiero Parete, told medical staff.

Italian media said he had been on holiday with his wife and two children, who were all still missing. 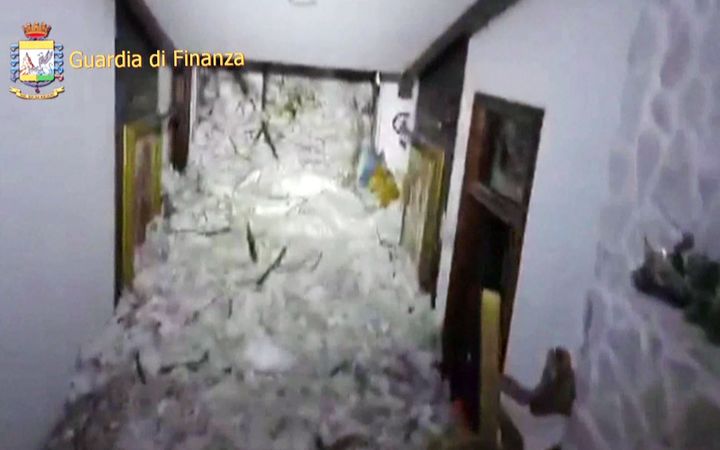 A wall of snow inside the Hotel Rigopiano. Photo: AFP / Guardia di Finanza

"The hotel is almost completely destroyed. We've called out but we've heard no replies, no voices," said Antonio Crocetta, a member of the Alpine Rescue squad who was on the scene.

The roof partly collapsed and local residents in Farindola alerted emergency services. But a snowstorm and blocked routes made access to the hotel difficult and Italian media said the first rescuers only reached the hotel on skis at 4am local time (4pm NZT) on Thursday.

Three strong earthquakes of more than magnitude 5 shook central Italy late on Wednesday but up until now it had been thought no one was injured.

The Ministry of Foreign Affairs and Trade said the embassy in Rome was working with Italian authorities to find out whether any New Zealanders had been affected by the avalanche.

The avalanche shunted the 43-room hotel, which is 1200 metres above sea level, some 10 metres down the hill, according to media reports.

The quakes came after the regions of Abruzzo, Marche and Lazio were hit by days of heavy snow. Many villages became inaccessible and emergency services worked through the night into Thursday to reach them.

The same region was hit by an earthquake on 24 August, when 298 people died. 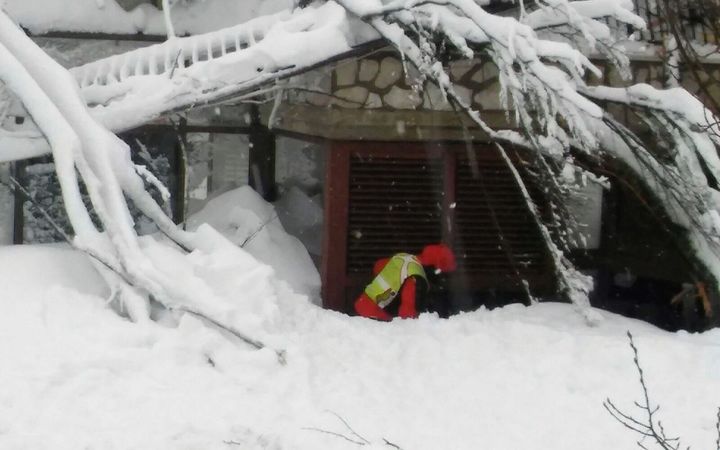 A rescue worker outside the hotel. Photo: AFP / Handout / CNSAS 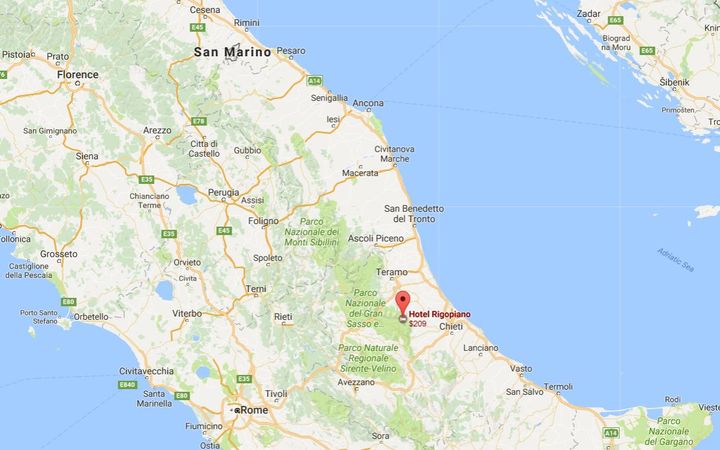