The incoming Donald Trump administration is prompting fears about the future protection of marine areas in the Antarctic. 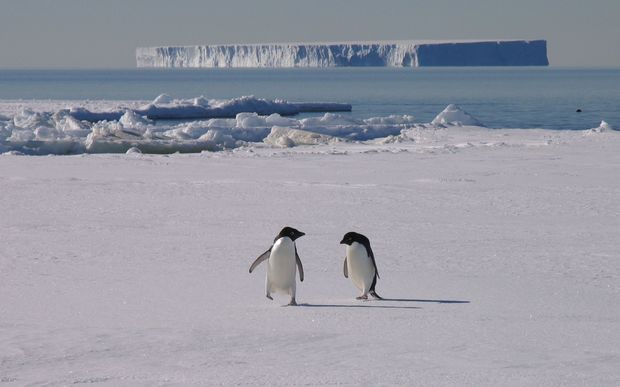 Environmental groups and scientists have raised serious concerns about Donald Trump's stated scepticism of climate change and some of his nominees for energy and environmental roles. Photo: Veronika Meduna

It was an historic moment last year when the world's biggest ocean sanctuary in the largely pristine and untouched Ross Sea was announced.

Almost three quarters, or more than a million square kilometres, of it will be protected.

The move paved the way for more protection in the region, but President-elect Donald Trump had created a lot of uncertainty.

Last year, the joint proposal from New Zealand and the United States was agreed to by the Commission for the Conservation of Marine Living Resources, or CCAMLR.

The head of law at the University of Canterbury and an expert in Antarctic law and law of the sea, Karen Scott, said two new areas for protection, or MPAs, in East Antarctica and the Weddell Sea were being considered this year.

This is where the election of Mr Trump could have an impact.

"The Ross Sea MPA is intended to be one of a network of marine protected areas within the CCAMLR area because you need the consensus in order to establish such MPAs or conservation measures," Ms Scott said.

"It will be important to ensure that you have the support of the United States in relation to those future MPAs and I suppose that is up for debate given Trump's attitude to environmental conservation."

Twenty-four countries and the European Union are signed up to conservation commission, CCAMLR and everything was done by consensus.

Because of that, Professor Scott doesn't think a Trump administration would directly affect the Ross Sea protection because a consensus would be needed to undo the agreed measures.

The Washington DC-based Antarctic and Southern Ocean Coalition had been heavily involved in the agreement.

Its interim chief executive, Claire Christian, said there had been a strong tradition of US leadership in Antarctica under many administrations.

She said the Ross Sea protection was a done deal, but there were always questions of continuity when a new leadership was elected.

"We are hopeful that Antarctica can continue to be a neutral place of peace and science but obviously there is a lot of uncertainty about how the new administration will think about Antarctica if they think about it at all," Ms Christian said.

Environmental groups and scientists have raised serious concerns about Mr Trump's stated scepticism of climate change and some of his nominees for energy and environmental roles.

Ms Christian said it was hard to predict what was going to happen until someone was in office.

"It is easy to make a lot of grand statements before you get into office and once you are there the reality sets in and I don't think it is going to be easy for the US to become a bad actor in Antarctica because throughout our history it really hasn't happened that way, even if a president is maybe not the most environmental leader," she said.

"There's always a concern with political change and that's a big unknown and it's pretty much out of the control of New Zealanders so we really can only hope that our government works with the US administration and other administrations to keep to the commitment. But, of coursee, that is a pretty big unknown," Mr Howe said.

The implementation of the Ross Sea protection measures will be discussed this year and the agreement will come into force in December.