The US House of Representatives moved ahead on Friday with legislation aimed at dismantling the Affordable Care Act, despite concerns about not having a replacement for the healthcare program and the potential financial cost of repealing President Barack Obama's landmark law. 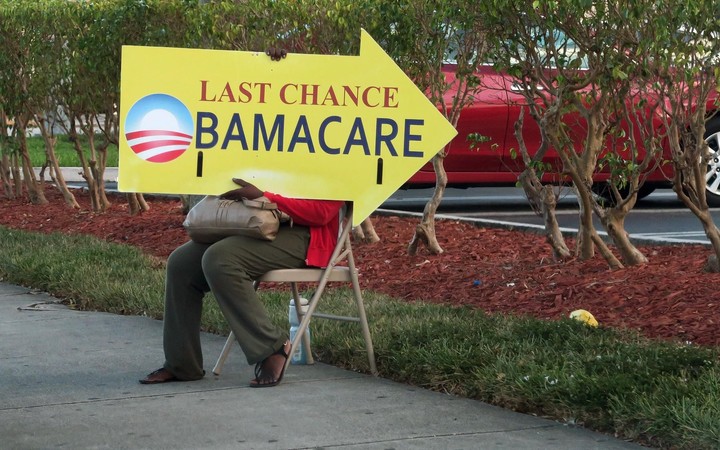 Both chambers of US Congress have voted in favour of drafting legislation to replace the Affordable Care Act. Photo: AFP

The House approved a measure making the first move toward scrapping the act, also known as Obamacare, by voting to instruct key committees to write legislation repealing the health insurance law.

The Senate had already approved the same measure.

Eliminating the act is a top priority of the Republican-majority Congress as well as President-elect Donald Trump, who has urged lawmakers to act quickly. The resolution, which passed this morning NZT, instructs committees of the House and Senate to draft repeal legislation by 27 January.

Mr Trump applauded the swift efforts with a tweet saying, "The 'Unaffordable' Care Act will soon be history!" The president-elect, who takes office on 20 January, pressed lawmakers this week to repeal and replace it "essentially simultaneously".

Some Republicans have expressed concern about starting a repeal before there is clarity about how to replace provisions of the complicated and far-reaching law.

Conservative Representative Trent Franks of Arizona dismissed concerns about adding billions of dollars to US deficits. But Franks, who opposes abortion, said he would vote for the repeal measure because it also aims to stop all federal funding for Planned Parenthood, a women's healthcare provider that uses some of its private funding for abortions.

Democrats, who have vowed to fight the repeal effort, have accused Republicans of rushing to scrap a law that has enabled up to 20 million previously uninsured Americans obtain health coverage, without offering a firm replacement plan.

Republicans, who have challenged Obamacare since it was enacted in 2010, say a good replacement would give states more control of a healthcare programme.