The Washington Post Express has apologised for an "embarrassing" mix-up on its front cover. 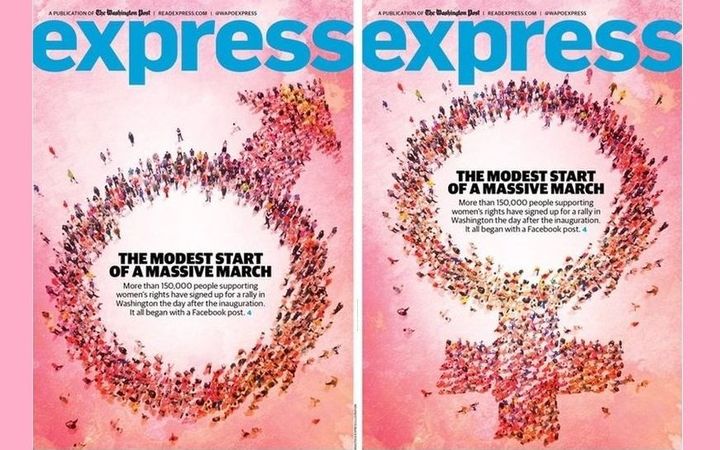 Leading with an article about a 150,000 strong women's rights march, the Express accidentally used a male symbol instead of a female symbol.

Social media users were quick to spot the mistake.

We made a mistake on our cover this morning and we’re very embarrassed. We erroneously used a male symbol instead of a female symbol.

One commentator referred to the blunder as a "record for largest typo".