People who live near major roads have higher rates of dementia, research published in the Lancet suggests.

About 10 percent of dementia cases in people living within 50m of a major road could be down to traffic, the study suggests. 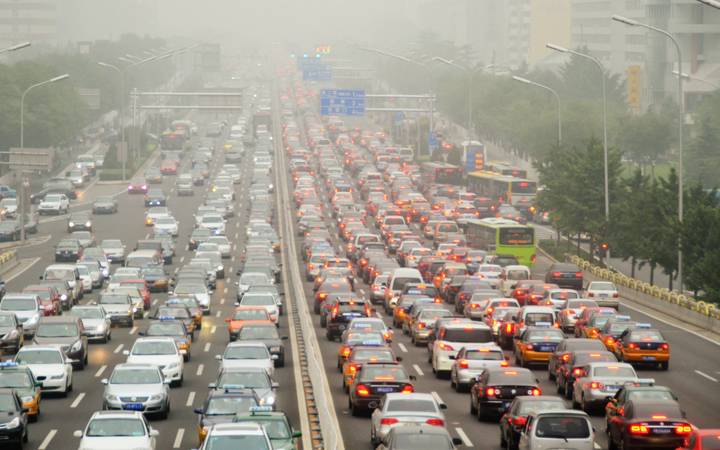 The researchers, who followed nearly two million people in Canada over 11 years, say air pollution or noisy traffic could be contributing to the brain's decline.

Dementia experts in the UK said the findings needed further investigation but were "certainly plausible".

Nearly 50 million people around the world have dementia.

However, the causes of the disease, that robs people of their memories and brain power, are not understood.

The study in the Lancet followed nearly two million people in the Canadian province of Ontario, between 2001 and 2012.

There were 243,611 cases of dementia diagnosed during that time, but the risk was greatest in those living closest to major roads.

Compared with those living 300m away from a major road the risk was:

The analysis suggests 7 to 11 percent of dementia cases within 50m of a major road could be caused by traffic.

Dr Hong Chen, from Public Health Ontario and one of the report authors, said: "Increasing population growth and urbanisation have placed many people close to heavy traffic, and with widespread exposure to traffic and growing rates of dementia, even a modest effect from near-road exposure could pose a large public health burden.

"More research to understand this link is needed, particularly into the effects of different aspects of traffic, such as air pollutants and noise."

The researchers suggest noise, ultrafine particles, nitrogen oxides and particles from tyre-wear may be involved.

However, the study looks only at where people diagnosed with dementia live. It cannot prove that the roads are causing the disease.

"This is an important paper," says Martin Rossor, the UK's National Institute for Health Research director for dementia research.

He added: "The effects are small, but with a disorder with a high population prevalence, such effects can have important public health implications."

Tom Dening, the director of the Centre for Dementia at the University of Nottingham, said the findings were "interesting and provocative".

He said: "It is certainly plausible that air pollution from motor exhaust fumes may contribute to brain pathology that over time may increase the risk of dementia, and this evidence will add to the unease of people who live in areas of high traffic concentration.

"Undoubtedly living in conditions of severe air pollution is extremely unpleasant and it is hard to suppose that it is good for anyone."

The best advice to reduce the risk of dementia is to do the things that we know are healthy for the rest of the body - stop smoking, exercise and eat healthily.