Police in northern Brazil are searching for dozens of inmates who escaped from an overcrowded prison complex during a riot that left 56 dead, officials say. 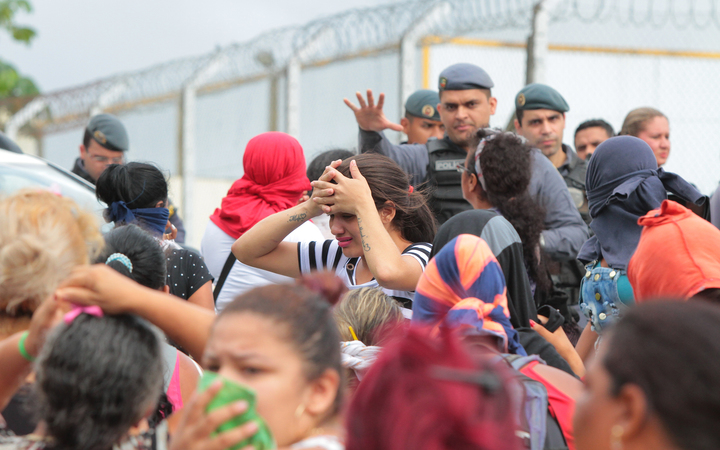 The area in Manaus, in Amazonas state, has been isolated. Officials say 40 out of 87 fugitives have been recaptured.

Meanwhile, families have gathered outside the local morgue to identify the victims. Some were decapitated.

The violence began on Sunday (Monday NZT) and ended 17 hours later. It was the deadliest prison riot in Brazil in years.

Officials said the riot at the Anisio Jobim Penitentiary Centre, the biggest in Amazonas, was sparked by fighting between rival gangs over the control of prisons and drug routes.

"This was another chapter in the silent and ruthless war of drug trafficking," state public security secretary Sergio Fontes told journalists.

The clashes, he added, appeared to be between members of Family of the North (FDN), a powerful local gang, and rivals from the First Capital Command (PCC), Brazil's largest gang, whose base is in Sao Paulo, in the south-east. 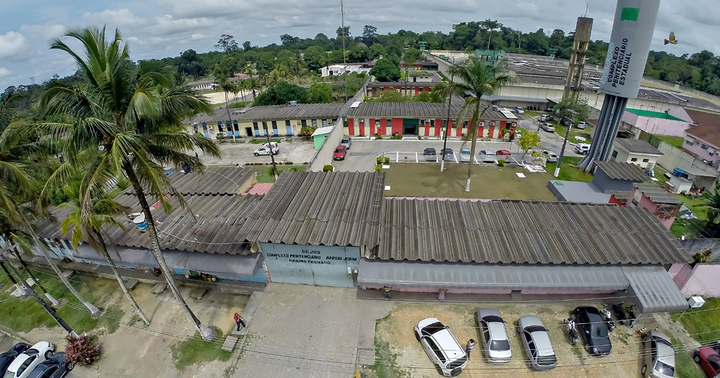 An undated photo shows the prison before the riot broke out. Photo: AFP

FDN is believed to be attacking PCC inmates at the behest of the Rio de Janeiro-based Red Command (CV) drug gang, the country's second largest.

When the riot began, six headless bodies were thrown over the perimeter fence of the prison.

It ended on Monday, when the inmates surrendered their weapons and freed the last of 12 guards they had taken hostage.

Pictures showed bloodied and burned bodies stacked in a concrete prison yard and piled in carts. A post-riot search by police found several firearms and tunnels.

Brazil has the world's fourth-largest prison population, with some 600,000 inmates. Overcrowding is a serious problem and violent riots are frequent.

Reports said the capacity of the Anisio Jobim Penitentiary Centre was for 454 inmates, but it had 1224 men.

In 1992, a rebellion at the Carandiru prison in Sao Paulo saw 111 inmates killed, nearly all of them by police as they retook the jail.