A group of Queensland residents have tried to lead a stray 3.8m crocodile back to the water's edge using a wall of wheelie bins. 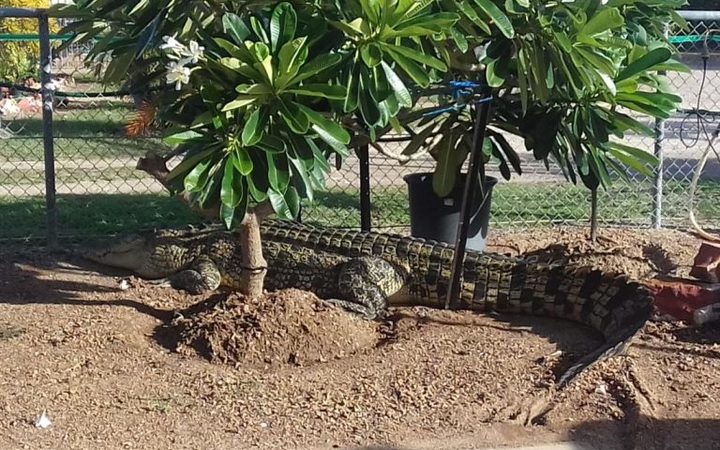 A large crocodile was found basking in a backyard in Karumba, Queensland, early on 31 December 2016. Photo: Queensland Police

The croc was found basking in the sun in the backyard of a Karumba home, in the far north of the state, yesterday morning.

Police said a line of wheelie bins was used in an attempt to funnel the reptile back towards the water, but it did not work.

The croc was eventually boxed in with hay bales and contained until wildlife experts from Cairns arrived to relocate it. 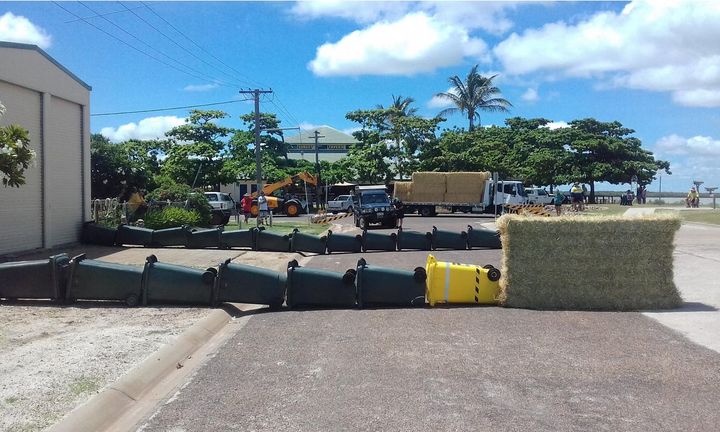 The locals' wheelie bin plan failed to guide the crocodile back to the water. Photo: Queensland Police

Local Danielle Day said the crocodile must have walked about 500m through the streets before it wandered into two accommodation complexes and settled down in a residential backyard.

A forklift was used late last night to help lift the croc into a boat before it was taken away, she said.

"We've been here for nearly 10 years and we've never seen that happen, like [a crocodile] come up onto the road and come up to where people stay." 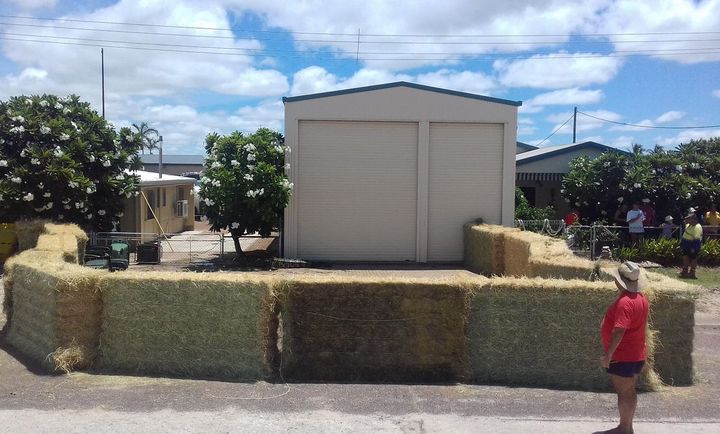 The animal was eventually boxed in with hay bales. Photo: Queensland Police

Acting Police Sergeant Jim Richards said the animal would be moved to a crocodile farm in Cairns when the temperature cooled down.

"[Currently] he's tucked in a trailer in a shed that's obviously shaded so they've got wet bags on him to keep him comfortable so he's fine at the moment," he said.

Officers with the Department of Environment and Heritage Protection were monitoring the animal at a local holding facility.