Israel's prime minister has summoned the US ambassador amid a growing row after the US eased the passage of a resolution against Israel at the UN.

Benjamin Netanyahu, who is also foreign minister, took the unusual step of calling Dan Shapiro to his office. 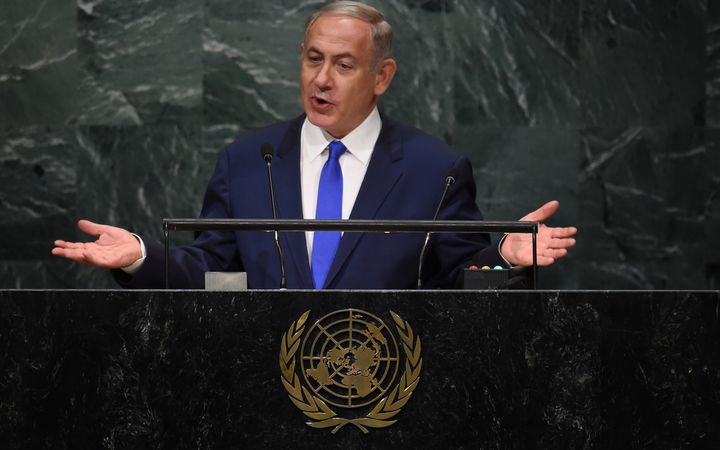 It comes after Israel summoned ambassadors from countries which voted for Friday's resolution.

The reprimands came after Israel vowed to take retaliatory steps for what it called a "shameful" act by the UN.

The measure, which harshly criticised Israeli settlement activity in the occupied West Bank and East Jerusalem, passed when the US abstained instead of using its veto.

"From the information that we have, we have no doubt that the Obama administration initiated it, stood behind it, co-ordinated on the wording and demanded that it be passed," Prime Minister Benjamin Netanyahu said.

"Friends don't take friends to the Security Council," he said.

The resolution - the first since 1979 to condemn Israel over its settlement policy - said the settlements had "no legal validity" and constituted "a flagrant violation under international law and a major obstacle to the achievement of the two-state solution".

Mr Netanyahu and US President Barack Obama have had a difficult relationship during Mr Obama's two terms and Israel had feared that Washington would take such a measure in the final weeks of Mr Obama's presidency.

President-elect Donald Trump tweeted that the vote was a "big loss" for Israel which "will make it much harder to negotiate peace", vowing "we will get it done anyway".

Mr Trump, whose intervention last Friday helped get a similar draft resolution withdrawn, promised that "things will be different" at the UN after he takes office on 20 January.

Mr Netanyahu ordered his foreign ministry to summon the ambassadors of 10 countries which voted in favour of the resolution and which have embassies in Israel.

The reprimand on Christmas Day, when most embassies are closed, is unusual and a sign of the seriousness with which Israel is taking the matter.

In remarks on Saturday night, Mr Netanyahu said Israel would work to get the resolution rescinded, adding that allies in the US Congress and the incoming administration had promised to "fight an all-out war" against the measure.

He said he had already halted Israeli funding to five UN institutions "that are especially hostile to Israel", and warned of further steps to come.

In the wake of the vote, Israel recalled its ambassadors from New Zealand and Senegal, which both put forward the resolution, and cancelled planned visits to Israel by the foreign ministers of Senegal and Ukraine, which had voted for the text.

The issue of Jewish settlements is one of the most contentious between Israel and the Palestinians.

More than 500,000 Jews live in about 140 settlements built since Israel's 1967 occupation of the West Bank and East Jerusalem - land the Palestinians want for a future state.

The settlements are considered illegal under international law, though Israel disputes this.