A US federal judge has blocked an attempt by a Green candidate to force a recount in Pennsylvania of votes cast in last month's presidential election.

Jill Stein has sought a recount there, as well as in Michigan and Wisconsin. Republican Donald Trump narrowly beat Democrat Hillary Clinton in all three states. 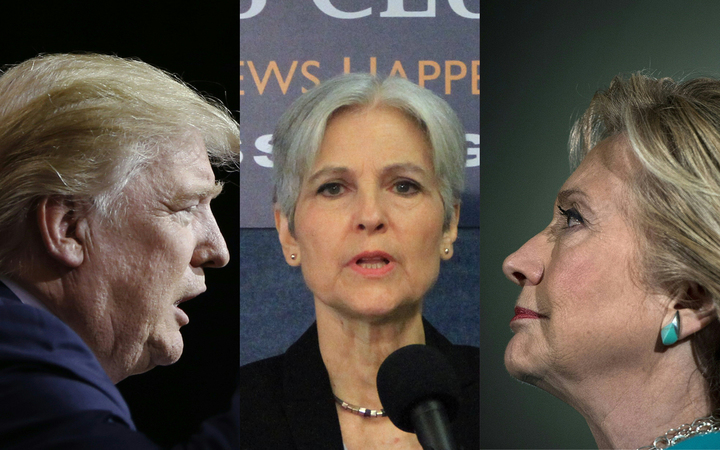 Last week a judge halted a recount in Michigan after three days.

Wisconsin's is expected to finish on Monday. At issue are fears that voting machines are vulnerable to hacking.

In Pennsylvania, Mr Trump beat Mrs Clinton by about 44,000 votes out of six million cast - less than 1 percent.

Announcing his ruling on Monday, US District Judge Paul Diamond said: "There is no credible evidence that any 'hack' occurred, and compelling evidence that Pennsylvania's voting system was not in any way compromised."

Correspondents say that none of the recounts were likely to change the final result.

Mrs Clinton has kept silent on the matter, but her campaign has said it will co-operate with Ms Stein's recount efforts.

Unlike Wisconsin and Michigan, most of Pennsylvania's voting machines leave no paper trail. This would have made a recount there a cumbersome process.

Requests would have had to be filed for each individual precinct.