A fuel tanker has exploded on a road in Kenya, killing at least 30 people. 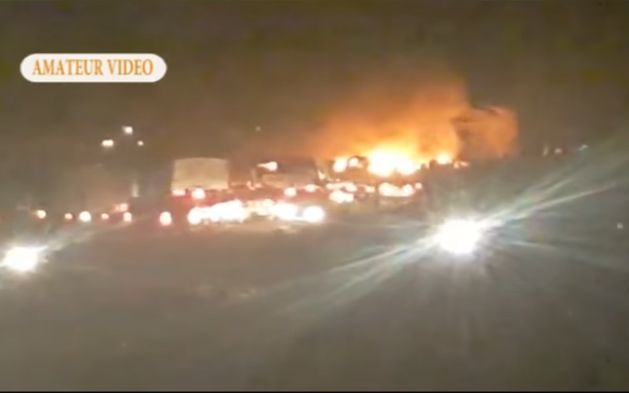 This video shows the fire from the oil tanker, according to local news website Citizen TV. Photo: YouTube / Kenya CitizenTV

The Kenya Red Cross said the tanker, heading to Uganda, had appeared to lose control before crashing into other vehicles in Naivasha, north-west of the capital Nairobi.

He feared that many people who had gathered at the scene of the crash were also caught in the inferno.

Among the burnt vehicles was a matatu minibus with 14 passengers. All of them died.

Mwachi Pius Mwachi, deputy director of Kenya's National Disaster Management Unit, said the tanker had been travelling downhill when it went out of control.

Correspondents say the accident has happened at a time when doctors are on strike, severely limiting services in government hospitals.

In 2009, more than 100 people burned to death near the town of Molo when a truck carrying petrol caught fire.