New Zealand has condemned Russia and China's veto of a United Nations resolution for a truce in Syria. 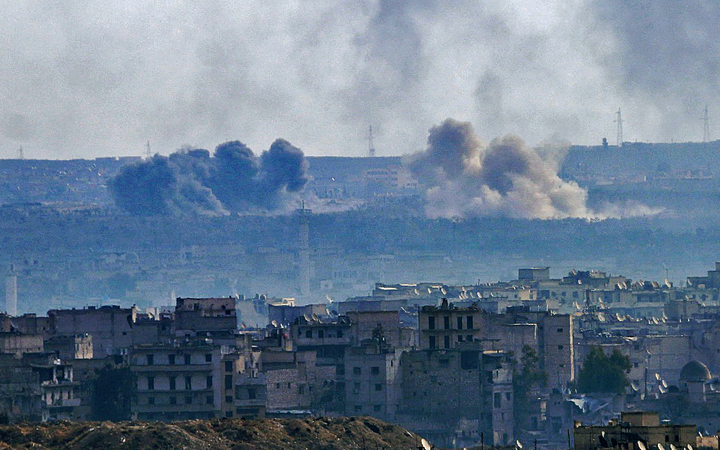 The government-held side of Aleppo, Syria. Photo: AFP

The resolution, introduced into the Security Council by New Zealand, Egypt and Spain, demanded a seven-day truce in Syria, humanitarian access to Aleppo and the resumption of negotiations.

He said there was no justification for the continued bombardment of more than 250,000 civilians trapped in Aleppo.

History would judge harshly those who put power politics and technical excuses ahead of human life.

It was the sixth time Russia has vetoed a Security Council resolution on Syria since the conflict started in 2011 and the fifth time China has blocked action.

Russia said the measure would allow rebels to regroup.

"These kinds of pauses have been used by fighters to reinforce their ammunition and to strengthen their positions and this will only worsen the suffering of civilians," Russian UN Ambassador Vitaly Churkin said of the proposed seven-day truce.

Russia said on Monday it would start talks with Washington on an opposition withdrawal from Aleppo this week as Russian-backed Syrian forces fought to seize more territory from rebels who are struggling to avoid a major defeat.

Mr Churkin argued that action by the Security Council should be postponed to allow time for those talks.

"That is a made-up alibi," Deputy US Ambassador to the United Nations Michele Sison told the council.

"We have not reached a breakthrough because Russia has been more focused on preserving its military gains than helping Aleppo's citizens," she said. "We will not let Russia string along this Security Council while waiting for a compromise from the Russians that never seems to come."

New Zealand's UN Ambassador Gerard van Bohemen said the failure to act was "deeply damaging to the council's reputation and catastrophic for the people of Syria."

The United Nations says more than 200,000 people might still be trapped in rebel-held areas of Aleppo, which are affected by severe food and aid shortages.