New Zealand Prime Minister John Key's resignation has caused a dramatic upswing in the use of s-words in overseas coverage. 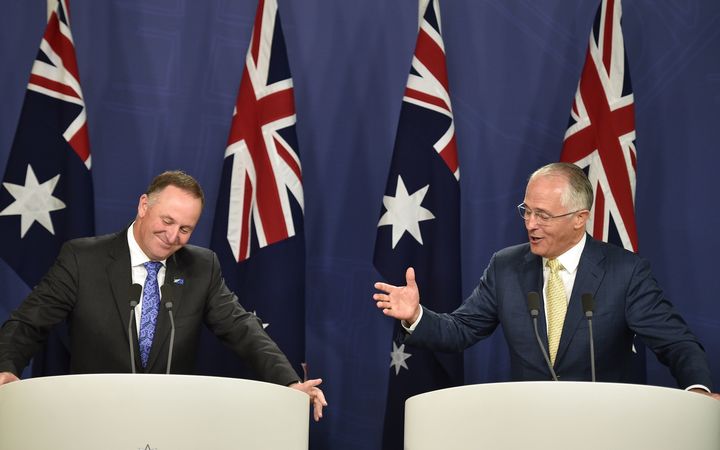 Mr Key today said he would be stepping down (oops, s-word) after 10 years as the National Party leader and nearly nine as PM.

Australian Prime Minister Malcolm Turnbull said he sent Mr Key a text saying, "Say it ain't so, bro," when he heard the news.

"He's the sort of leader who will know the right time to go. He's retired when people are begging him to stay. He's a class act - none classier."

Labor leader Bill Shorten, who leads Australia's opposition, tweeted "John Key has been a good friend to Australia. I wish him and his family all the best".

They might not come from the same side of politics but Mr Key was a gentleman and did a good job, Mr Shorten said.

Former Australian prime minister Tony Abbott said it was a "fine innings... not many pollies retire unbeaten on a double ton".

The guardian.co.uk featured Mr Key's departure near the top of its homepage with the headline: "Right time to go: New Zealand prime minister John Key to quit in a week."

It said the decision had "taken the country by surprise" and that Mr Key was "widely regarded as one of the most popular prime ministers in New Zealand's history".

The Daily Telegraph, which was featuring coverage of the Italian PM's resignation following the referendum there, gave Mr Key's move a little space further down saying: "New Zealand's popular prime minister John Key stunned the nation on Monday when he announced he was resigning after eight years as leader".

The Telegraph said Mr Key had won praise for his stewardship of the economy in the aftermath of the global financial crisis and two devastating earthquakes.

On CNN.com Italy also ruled the roost but Mr Key managed to nudge his way up to the site's third most visible position. CNN also used the s-word - saying it was "a shock to many observers".