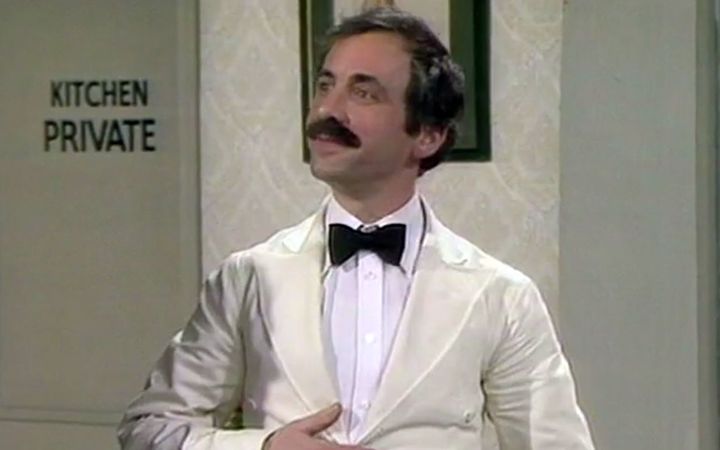 The actor died on 23 November and was buried on Thursday, according to an interview with his wife Melody in the Daily Mail.

She told the UK newspaper that Sachs was diagnosed with dementia four years ago.

On his role of Manuel, Sachs said in 2014: "It was just a part I was playing and people seemed to laugh."

Manuel's most famous line in the 12-episode sitcom was "I know nothing" and the waiter was regularly hit by John Cleese's character, Basil Fawlty.

Sachs had dozens of other acting roles, both serious and comic, including stints in UK TV's two biggest soaps.

In 2009, Sachs played the role of Ramsey Clegg in ITV's Coronation Street and in 2015 he briefly joined the BBC's EastEnders as Cyril Bishop.