The plane carrying Brazilian footballers which crashed in Colombia had run out of fuel, according to a leaked audio recording. 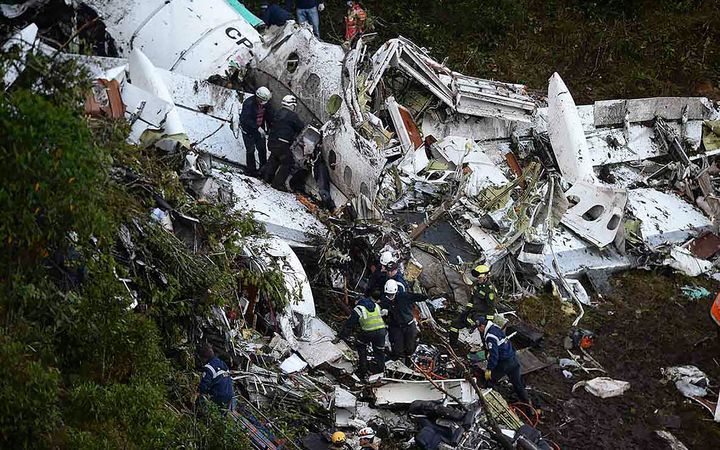 In the air traffic tower tape, a pilot can be heard repeatedly requesting permission to land due to a "total electric failure" and lack of fuel.

Just before the tape ends, the pilot says he is flying at an altitude of 2743 metres. Just six of the 77 people on board the plane survived.

The plane was carrying most of Brazil's Chapecoense football team and 20 journalists were also among those killed.

The recording, which has been published by several Colombian media outlets, confirmed earlier reports that a lack of fuel might have contributed to the crash.

Colombian military sources had told the AFP agency: "It is very suspicious that despite the impact there was no explosion. That reinforces the theory of the lack of fuel."

Investigators have yet to announce any single cause for the crash and a full analysis is expected to take months.

Chapecoense were flying to the Colombian city of Medellin on Monday for what would have been the biggest match in their history.

There has been an outpouring of grief and support from the football world.

Another four people had been due to travel but did not make the flight.

One of the survivors, flight technician Erwin Tumiri, said he was still alive because he followed safety instructions.

"Many stood up and started shouting," he said. "I put the suitcases between my legs and assumed the brace position." 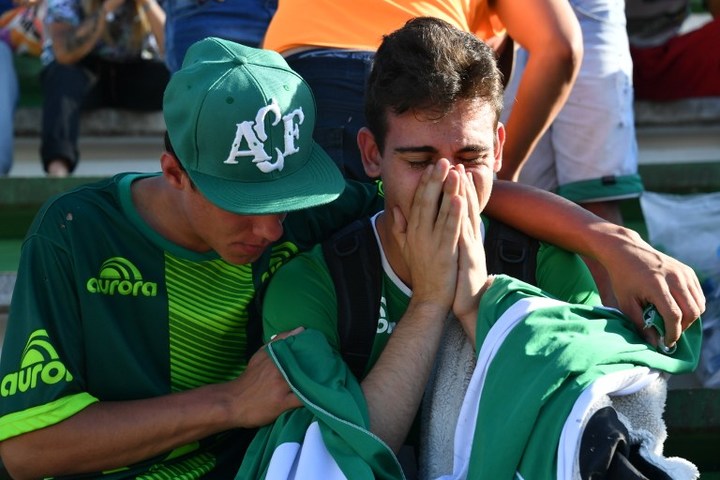 People pay tribute to the players of Brazilian team Chapecoense Real killed in a plane crash in the Colombian mountains on 29 November (NZT). Photo: AFP

Both of the doomed flight's black box recorders have been recovered and are already being examined by experts.

British investigators are to help authorities in Latin America because the plane, a British Aerospace 146, was manufactured in the UK.

Brazil has begun three days of official mourning while thousands in Chapecoense's home city of Chapeco have held a vigil.

They were due to play in the final of the Copa Sudamericana tournament against Colombian team Atletico Nacional later on Wednesday. Their opponents have since offered to concede the game and invited fans to come to the stadium for a vigil instead.

Moments before the flight took off, Mauro Stumpf from the team's coaching staff said he hoped the airline brought them "good luck" - as when the team flew with the same company for the quarter-finals.

In other tributes, Brazilian first division football teams have offered to lend players to Chapecoense free of charge for the 2017 season, and asked the league to protect the club from relegation for the next three years.

The team had been enjoying the most successful period in their history, reaching Brazil's top division for the first time in 2014.