Women refugees and migrants fleeing wars, political instability and poverty are taking contraceptives in the expectation of being raped but are so desperate they still embark on the journey, a human rights group said on Wednesday.

Women and girls who risk sexual violence as they flee their home countries are getting contraceptive injections as a precautionary measure, said researcher Hillary Margolis from New York-based Human Rights Watch. 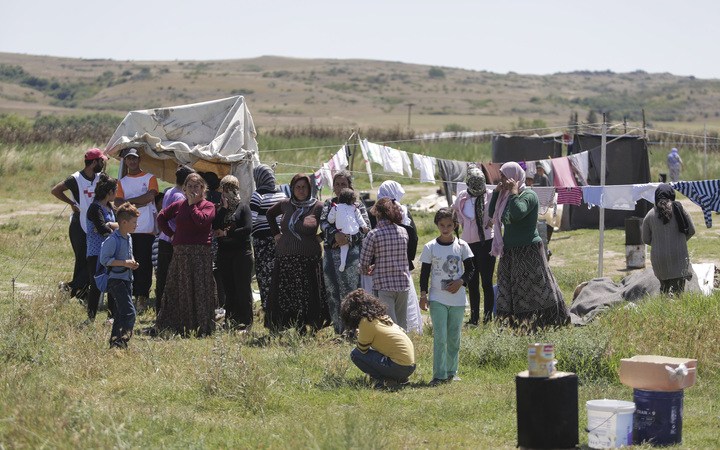 "For someone to know that they are at such risk of sexual violence, and yet they are determined to continue on that journey," she told Trust Women, an annual women's rights and trafficking conference hosted by the Thomson Reuters Foundation.

A record 65.3 million people were uprooted worldwide last year, an increase of 50 percent in five years, according to the UN refugee agency. Data shows developing countries host 86 percent of refugees, led by Turkey with more than 2.7 million Syrians.

The UN children's agency UNICEF earlier this year said children in refugee camps in France were being subjected to sexual abuse including rape, violence and forced labour daily.

The UNICEF report also included cases of young women being subjected to sexual demands in exchange for a promise of passage to Britain and campaigners said this was not limited to France.

Amnesty International said it had spoken to women who said they lived in constant fear of sexual violence on the journey to Libya and rape was so commonplace that they took contraceptive pills before travelling to avoid becoming pregnant.

Ms Margolis said she met a number of female migrants in Italy who had taken birth control ahead of their perilous sea journey from Libya "because of the high risk of rape".

At least 4690 migrants have died in the Mediterranean this year while trying to reach Europe, compared to 3777 in 2015. Most have died while crossing from North Africa.

"The idea that a woman who is travelling with men is automatically safe is a fallacy," Ms Margolis said. "There are women who are coerced into travelling with men, who are trafficked, exploited, who may be experiencing domestic abuse."

Turkey agreed in March to stop migrants and refugees crossing by sea to Greece in exchange for financial aid, accelerated European Union membership talks and other concessions.

"In the policy we have right now, where we are deterring people from fleeing for their lives, we are aggravating and exacerbating their vulnerabilities," she told the conference.

"And for women, there is even more hardship because women became the battlefield of war, of abuses. It's not a new phenomenon and we are not at the end of it."