A fourth death has been attributed to Melbourne's "thunderstorm asthma" emergency on Monday night, and the state's health minister says it was lucky there were not more. 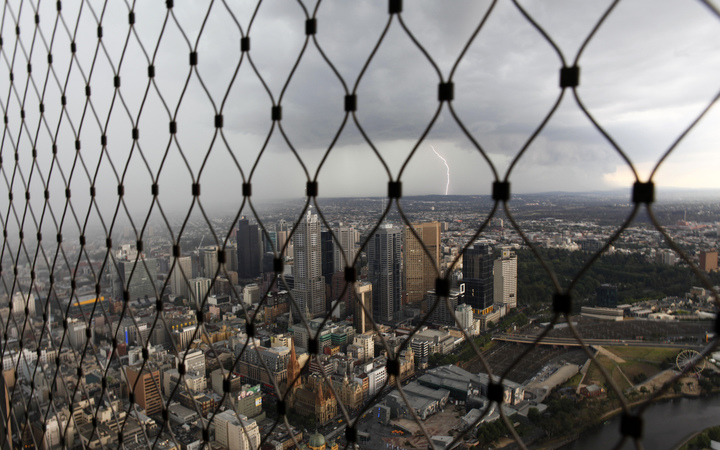 More than 2000 people suffered breathing problems when storm clouds combined with an extreme pollen count to cause what is being described as "thunderstorm asthma".

Hospitals were swamped with emergency patients, while firefighters and police were called to help paramedics respond to thousands of calls after the conditions caused breathing problems for Victorians.

Health Minister Jill Hennessy said it was like "a bomb going off", with all ambulances, police, fire and non-emergency transport being used to deal with the crisis.

"Our health system was stretched to the limit," she told 774 ABC Melbourne.

"We know that we've got some people in intensive care units as well.

"At one point we had 140 code one cases, while dealing with other patients, all of them were cardiac arrests or severe respiratory conditions."

Apollo Papadopoulos, 35, and Clarence Leo were the latest confirmed to have died due to asthma attacks, the ABC reported.

Friends and family have been paying tribute to the other two suspected victims of the storm, Omar Moujalled and Hope Carnevali.

Mr Moujalled, 18, was a student at the Australian International Academy at Coburg North, in Melbourne's inner north.

"It is with great sadness and a heavy heart that we inform you of the death of Omar Moujalled, one of our Year 12 students. Sadly, he passed away last night from a medical condition," a statement on the school's Facebook page read.

"Omar was an exemplary student, role model and principled, who was previously part of the captaincy team and a much-loved, respected student."

Friends and family donated to a crowdfunding campaign to build a well in his honour.

The ABC reported the second victim was Hope Carnevali, a 20-year-old law student.

Ms Carnevali's relatives told 7 News Melbourne it took more than 40 minutes for an ambulance to arrive to help her.

"Just knowing that, if they had of gotten there a little earlier, that the situation might be different, is very hard to deal with," her aunt, Melissa Carnevali, said.

Friends have posted tributes on Facebook and started a crowdfunding campaign to assist with funeral costs.

A number of reviews were launched into Monday night's emergency, including by the state government.

Ms Hennessy said the government would also examine the overall response to the event to ensure the state could cope with similar incidents in the future.