Pope Francis has declared that priests have the permanent right from now on to forgive abortions.

His remarks come at the end of the Catholic Church's jubilee year during which he had temporarily granted priests this power. 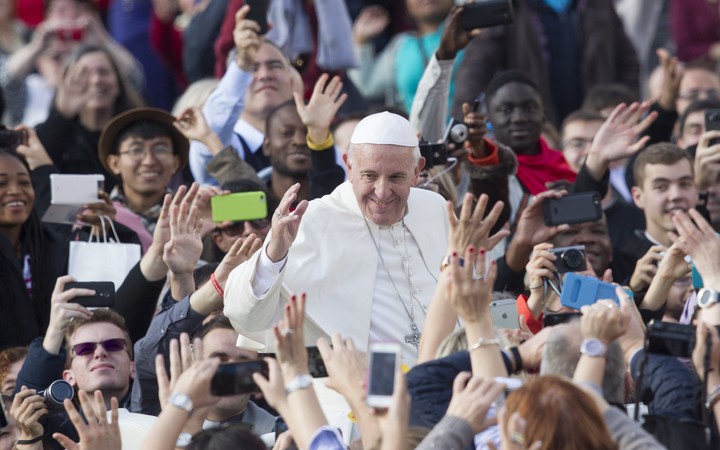 Pope Francis waves to faithful at the end of a Mass for the conclusion of the Jubilee of Mercy, in St. Peter's Square in Vatican. Photo: AFP

In an Apostolic letter the pontiff also restated that abortion was a "grave sin" which ended "innocent life".

Catholics who have or perform an abortion can be immediately excommunicated from the Church.

A Vatican spokesman confirmed that "there is no type of laxness here" regarding the Church's position on the morality of abortion, but that the power given to priests meant God's mercy could cover all sin.

"There is no sin that God's mercy cannot reach and wipe away when it finds a repentant heart seeking to be reconciled [with God]," Pope Francis wrote in his letter.

"Mercy cannot become a mere parenthesis in the life of the church; it constitutes her very existence.

"May every priest, therefore, be a guide, support and comfort to penitents on this journey of special reconciliation."

Previously only bishops or special confessors could hear confessions for abortions and lift excommunication.

Priests in Britain and the US were already able to hear and forgive abortion confessions but in most of the world they did not have this authority.

Experts say that although the declaration may not have a practical impact, it is a shift in the Church's traditional approach to abortion.

Father James Bretzke, a professor of moral theology at Boston College in the US said: "I think it's very significant in the context of Pope Francis' theme of his pontificate, which is going to go down as the pontificate of mercy.

"He sees mercy as absolutely the key."