Australia's Immigration Minister Peter Dutton has suggested that Malcom Fraser's government in the 1970s made a mistake by resettling Lebanese refugees. 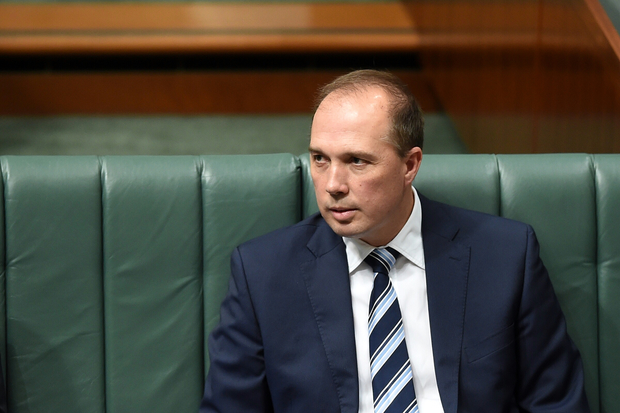 Mr Dutton last week stated that former prime minister Malcolm Fraser "did make mistakes in bringing some people in" as part of his immigration policies.

When pressed on those comments during Question Time on Monday, Mr Dutton singled out people of Lebanese-Muslim background.

"The advice I have is that out of the last 33 people who have been charged with terrorist-related offences in this country, 22 of those people are from second and third generation Lebanese-Muslim background," he said.

It further stated that since 1992 arrivals have been relatively stable, fluctuating between 883 and 1368 persons annually.

As of 2006, the number of Australians of Lebanese background totalled 181,738 - including 16,201 people whose parents were born in Australia.

According to figures from the ABS, more than 10.6 million Australians had at least one grandparent born overseas as of 2011.

Mr Dutton's comments were the result of a fiery exchange with Opposition Leader Bill Shorten, who repeatedly pressed him on which group he had been referring to.

In a statement, Mr Shorten called on Mr Dutton to apologise for the "disgraceful comments he made about migrants in Australia".

"Our hardworking migrant communities shouldn't have to tolerate this kind of ignorant stupidity and he needs to immediately apologise.

"It's time for Malcolm Turnbull to show some leadership and pull his Immigration Minister into line."

Labor MP Tim Watts has criticised the comments on social media, tweeting that the people Mr Dutton was referencing were Australians.

"The Minister for Immigration seems to think that criminal behaviour by 'second and third generation migrants' (AKA 'Australians', AKA the grandchildren of migrants) is attributable to immigration policy," he said.

In February, the ABC reported on a Cabinet document which singled out the Lebanese community as the "most prominent ethnic group amongst Australian Sunni extremists".

The document points to "lessons learned" after a wave of migration to Australia as a result of the Lebanese civil war between 1975 and 1990.