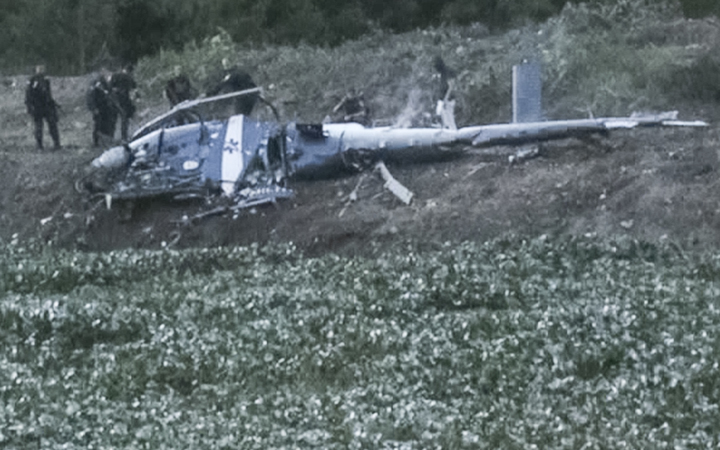 Police officers investigate the wreckage of the helicopter that was shot down during a raid on drug dealers. Photo: AFP

In dramatic footage of the crash, sustained gunfire can be heard before the helicopter drops from the sky like a stone, narrowly missing a main road.

The helicopter was giving support to a police operation against gangs in the favela, according to police.

There had been several clashes during the day between police and criminal gangs operating in the area.

Firefighters removed the bodies of the victims from the wreckage, which could be seen in the footage crumpled and smoking.

A police spokesman said that forensics officers were examining the wreckage to determine the cause of the crash.

If the helicopter was shot down by gang members, it would not be a first for the city, which hosted the 2016 Olympics.

In 2009, drug traffickers opened fire on a police helicopter, causing it to explode and crash land on a football pitch, killing both pilots.

Violence has been on the rise in Rio over the past two years following the failure of a 2010 programme to rid the favelas of drug gangs.

A total of 3649 murders were reported in 2016 up until the end of September, a rise of almost 18 percent on the same period last year.