A 14-year-old girl who wanted her body to be preserved, in case she could be cured in the future, has won a historic legal fight shortly before her death. 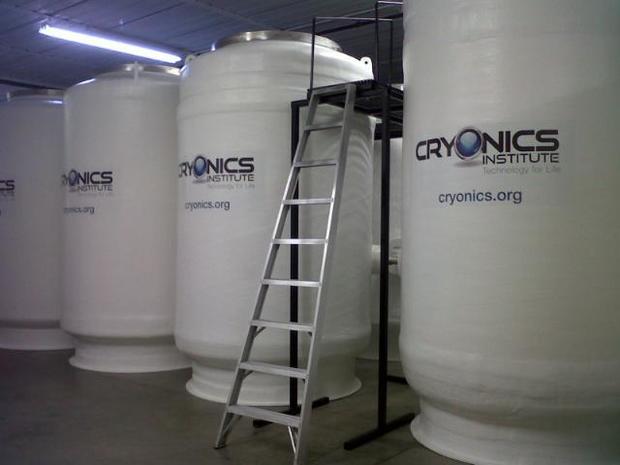 The girl, who was terminally ill with a rare cancer and died in October, was supported by her mother in her wish to be cryogenically preserved - but not by her father.

A High Court judge ruled that her mother should be allowed to decide what happened to the body, after she wrote to the judge explaining that she wanted "to live longer" and did not want "to be buried underground".

She has been taken to the US and preserved there.

The teenager, who lived in the London area and cannot be named, used the internet to investigate cryonics during the last months of her life.

The judge, Justice Peter Jackson, visited the girl in hospital and said he was moved by "the valiant way in which she was facing her predicament".

His ruling, he said, was not about the rights or wrongs of cryonics but about a dispute between parents over the disposal of their daughter's body.

It was brought to court for the first time on 26 September and the judge made his decision on 6 October.

The girls' parents were divorced and the girl had not had any contact with her father for six years before she became ill.

While her mother supported her wishes to have her body preserved, her father was against it.

"Even if the treatment is successful and she is brought back to life in, let's say 200 years, she may not find any relative and she might not remember things and she may be left in a desperate situation given that she is only 14 years old and will be in the United States of America," he said.

Although he then changed his mind, saying he respected his daughter's decision, he subsequently wanted to see his daughter's body after her death - something to which she would not agree.

The judge said the girl's application was the only one of its kind to have come before a court in England and Wales - and probably anywhere else.

He said the case was an example of science posing new questions to lawyers.

The girl died peacefully in October knowing that her remains would be preserved, but the judge said there had been problems on the day she died.

He said hospital staff and bosses had expressed concerns about the way the process of preparing her body for cryogenic preservation had been handled.

This was carried out by a voluntary group in the UK before her body was flown to the US for storage.

He suggested ministers should consider "proper regulation" of cryonic preservation for the future.

Cryonics is the process of preserving a whole body in the hope that resuscitation and a cure are possible in the distant future.

It is a controversial procedure and no one yet knows if it is possible to bring people back to life.

There are facilities in the US and Russia where bodies can be preserved in liquid nitrogen at very low temperatures (less than -130C) - but not in the UK.

"The diagnosis of death is that death is irreversible, and for people who seek cryopreservation, they've died of a serious disease, in this case it's cancer," he said.

"The person is in a pretty bad state of health to begin with, and there's absolutely no scientific evidence that the person could be brought back to life."