Some 75,000 children in north-eastern Nigeria risk dying of hunger in the few months ahead, the United Nations has warned. 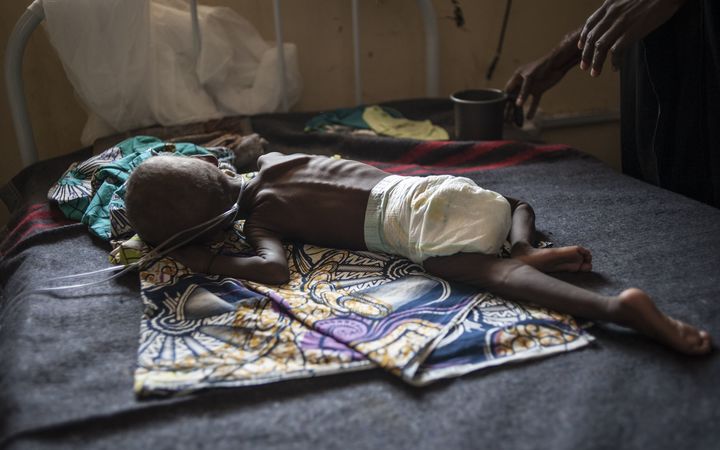 A young child suffering from severe malnutrition lies on a bed in an ICU ward in northeastern Nigeria. Photo: AFP

He warned that the UN did not have enough funds to avert the crisis.

Boko Haram jihadists laid waste to the region before being pushed back by Nigerian forces in recent months.

"Currently our assessment is that 14 million people are identified as in need of humanitarian assistance" by 2017, Mr Lundberg said in Nigeria's capital Abuja on Tuesday.

He added that this figure included some 400,000 children, and that 75,000 of them "are going to die in the few months ahead of us... if we don't do something rapidly and seriously".

Tens of thousands of people have been killed and more than two million displaced since Boko Haram began its military operations in 2009 in the Borno state and other areas.

In July, the UN warned that almost a quarter of a million children in parts of Borno were suffering from severe malnutrition.