Attackers on a motorcycle have thrown an explosive device, possibly a hand grenade, at the French embassy in central Athens, wounding a security guard, police say. 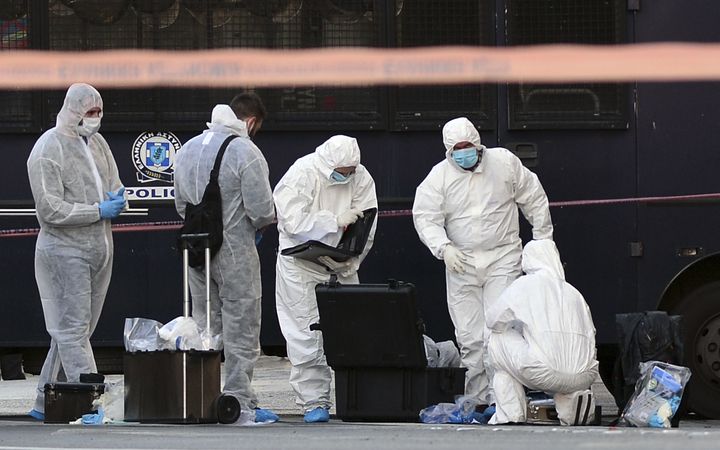 Police officers examine the entrance to the French embassy in central Athens, after two motorcyclists threw a hand granade and injured the guard. Photo: AFP

No one has claimed responsibility for the attack on the building opposite parliament that happened early on Thursday (local time), in one of Athens' most-guarded areas.

US President Barack Obama is due to visit Greece on 15-16 November.

"It was probably a hand grenade," one police official told Reuters.

The building was not damaged but one officer there was slightly injured, the official said.

"Greek police will carry out their duty to identify the perpetrators and guarantee the protection of all citizens," government spokesman Dimitris Tzanakopoulos said. 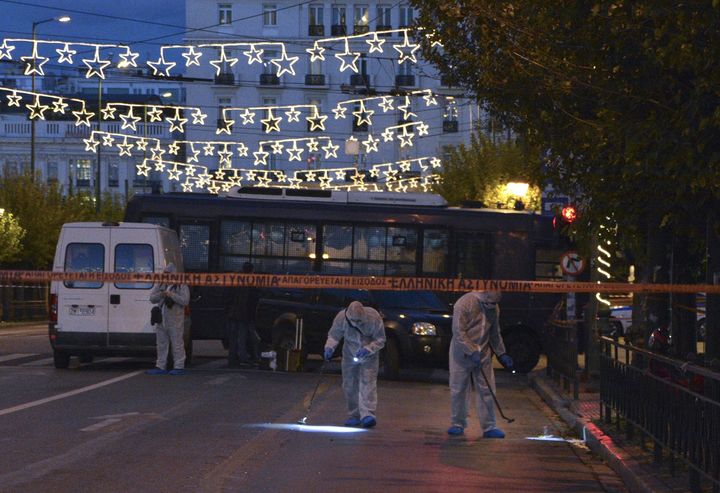 The attack happened in one of Athens' most guarded areas. Photo: AFP

The attackers were riding a motorcycle, according to footage from security cameras, another police official said.

Greece's Finance Ministry, also close to Parliament, was evacuated on Thursday following a bomb threat which turned to be a hoax, police said.