The Canadian military has investigated a mysterious pinging sound coming from the sea floor in a remote region of the Arctic. 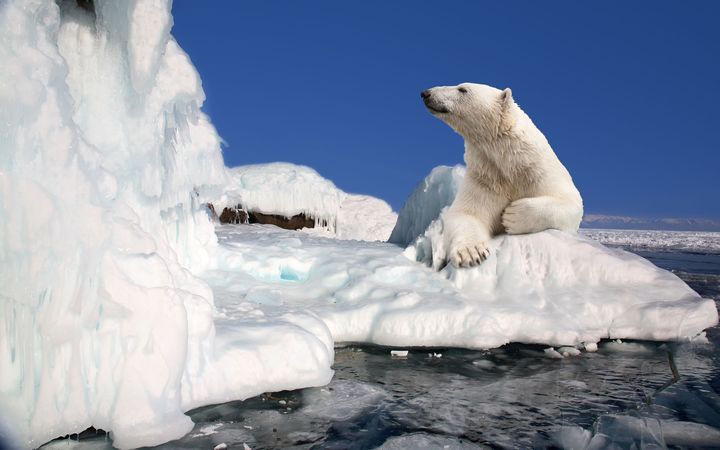 The strange noise is reported by local people to have frightened animals away over the past few months.

But the military says it is so far unable to explain the cause of the "acoustic anomalies".

"The [aircraft] crew did not detect any surface or sub-surface contacts," the military said in a statement released to the BBC.

"The only thing the crew did observe were two pods of whales and six walruses in the area of interest."

A spokesman in the department of national defence in Ottawa said the cause of the pinging noise - which locals say can even be heard through the hulls of boats - remains a mystery.

The sound, sometimes also described as a "hum" or a "beep", has been heard throughout the summer in Fury and Hecla Strait, legislative assembly member Paul Quassa told CBC, about 120km north-west of the hamlet of Igloolik.

The area is a narrow channel of water in Nunavut, which is the newest, largest and least populous territory of Canada, located next to Greenland.

"It's one of the major hunting areas in the summer and winter because it's an area of open water surrounded by ice that's abundant with sea mammals," Mr Quassa said.

"And this time around, this summer, there were hardly any. And this became a suspicious thing."

Another MLA member was quoted by CBC as saying the area is normally a migratory route for bowhead whales and various kinds of seals.

"But this summer there was none," he said.

Various explanations for the sound have been put forward by the Canadian press:

* It a sonar survey conducted by a mining company

* It is caused by military submarines

However, local mining companies insist they do not work in the area, Greenpeace has denied it is responsible and the military say no submarines - either domestic or foreign - are known to have operated in the area.

"The cause of the pings remains mired in mystery," the defence spokesman said.