Scientists have transformed the humble spinach plant into a bomb detector.

By embedding tiny tubes in the plants' leaves, they can be made to pick up chemicals called nitro-aromatics, which are found in landmines and buried munitions. 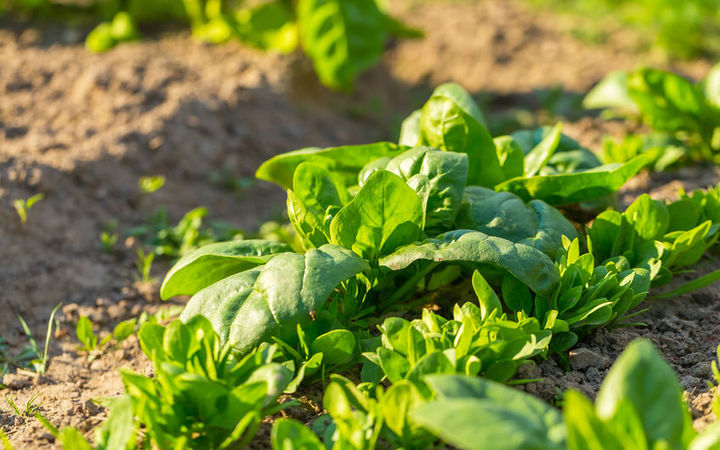 Real-time information can then be wirelessly relayed to a handheld device.

The Massachusetts Institute of Technology (MIT) work is published in the journal Nature Materials.

The scientists implanted nanoparticles and carbon nanotubes - tiny cylinders of carbon - into the leaves of the spinach plant.

It takes about 10 minutes for the spinach to take up the water into the leaves.

To read the signal, the researchers shine a laser onto the leaf, prompting the embedded nanotubes to emit near-infrared fluorescent light.

"Our paper outlines how one could engineer plants like this to detect virtually anything," he said.

Dr Strano's lab has previously developed carbon nanotubes that can be used as sensors to detect hydrogen peroxide, TNT, and the nerve gas sarin.

When the target molecule binds to a polymer material wrapped around the nanotube, it changes the way it glows.

"The plants could be use for defence applications, but also to monitor public spaces for terrorism related activities, since we show both water and airborne detection," Dr Strano said.

"Such plants could be used to monitor groundwater seepage from buried munitions or waste that contains nitro-aromatics."

Using the set-up described in the paper, the researchers can pick up a signal from about 1m away from the plant, and they are now working on increasing that distance.