Support for the Icelandic Pirate Party in parliamentary elections has turned out lower than anticipated, making it less likely that the anti-establishment party would be part of a new government, early election results showed on Sunday. 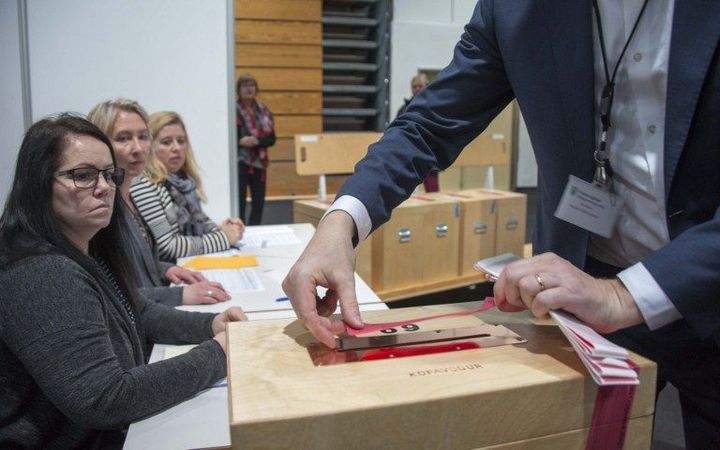 A member of the polling commission prepares the ballots for counting at a polling station in Kopavogur. Photo: AFP

Icelanders had looked set to oust the governing center-right government in its current form, though ruling coalition partner the Independence Party, took a strong lead.

The Pirates, founded by internet activists and led by a poet and former WikiLeaks supporter, came in third in early counting, and though their support looks to have tripled compared to the previous election, the results were still weaker than recent polls had indicated.

Both the Independence Party and the Pirate Party have ruled out working together, though this could change during negotiations in the days to come.

With roughly a third of overall votes counted, the center-right Independence Party emerged as the top party with 30.6 percent, followed by the Left-Greens with 16 percent and the Pirate Party third at 13.3 percent.

"Our internal predictions showed 10 to 15 percent so this (the first results) is at the top of the range. We knew that we would never get 30 percent," Pirate Party leader Birgitta Jonsdottir said at an election wake at the harbour of Reykjavik.

Neither the two center-right parties currently in government, nor the four opposition parties led by the anti-establishment Pirate Party, looked able to win a majority.

In a tight race, the newly-established Vidreisn, or Reform Party, could become kingmaker. The pro-European, liberal party has not yet taken sides. 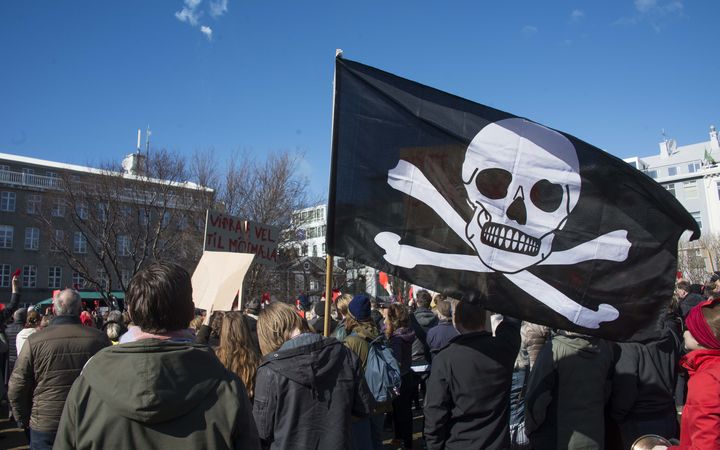 Thousands of Icelanders rallying in Reykjavik on April 9 to demand immediate elections on a sixth consecutive day of anti-government protests over the "Panama Papers" revelations, which caused the Prime Minister's resignation. Photo: AFP

While the Independence Party clearly emerged as the top party, its senior coalition partner, the Progressive Party only got around 10.5 percent with around 32 percent of votes counted.

The Progressive Party was hurt badly when Sigmundur David Gunnlaugsson resigned as prime minister in April after documents leaked from a Panamanian law firm linked him to an offshore company that held millions of dollars in debt from failed Icelandic banks.

It was still too early to say, however, which party or parties would take power over the small island, as President Gudni Johannesson has yet to officially hand the mandate to the party that will be tasked with forming the next government.