The board of Dreamworld's parent company Ardent Leisure has been criticised by several experts for its handling of this week's tragedy at the Gold Coast theme park. 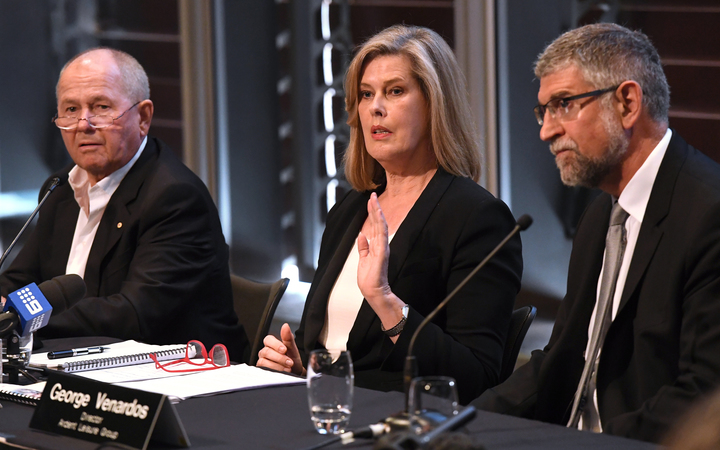 Plans to reopen the park this weekend have been shelved as Queensland Police continue their investigations into how four people died on the Thunder River Rapids ride on Tuesday.

New Zealand-born Cindy Low, 42, was killed along with Australians Kate Goodchild, her brother Luke Dorsett and his partner Roozbeh Araghi when the Thunder River Rapids Ride malfunctioned on Tuesday.

Ms Low, originally from Kawerau, was a long-term resident of Australia.

Ardent CEO Deborah Thomas has announced she is donating her $167,500 bonus to charity after coming under fire for failing to contact the families of the dead people after the accident.

But Professor Thomas Clarke, a corporate governance expert at UTS Sydney, said the board failed to adequately convey that it understood the seriousness of the situation.

"Obviously the directors were attempting to recognise their responsibilities that reference this disaster," he said.

"But there was also an apparent indication of wanting to press on with the business too."

Dreamworld had planned to open its doors again on Friday, but that plan was cancelled on Thursday, with the park saying it had been "advised by Queensland Police Service that we are unable to proceed with tomorrow's memorial service as planned".

The park will now stay closed until at least Monday.

Investment expert Roger Montgomery said it was in everyone's interests to hold off the opening for as long as it took to restore public confidence in the theme park.

"It's absolutely essential that the public believes the company has gone through the entire park with a fine-tooth comb and can absolutely provide a rock-solid guarantee that it is now safe for all future guests," Mr Montgomery said.

"That will benefit all stakeholders, it will honour the grieving and it will ensure that the future prospects of the business remain bright.

Brisbane woman describes similar experience on ride prior to deaths

A Brisbane woman says Dreamworld staff "pushed off" her concerns when her raft became stuck in the Thunder River Rapids ride, just months before this week's fatal accident.

Jade Dunlop said she was told by staff that empty rafts routinely got stuck at the bottom of a conveyor belt, and that other rafts then came along to push them through.

Ms Dunlop told ABC she had a "very similar incident" occur on the Thunder River Rapids ride in July, during which her raft - carrying three adults and one child - had hit an empty raft at the bottom of the conveyer belt.

"We bumped into it, but luckily, the force from how we were [sitting] was enough to push it on," she said.

Ms Dunlop, who had taken her 12-year-old daughter to the park, said her raft then became stuck, and a female attendant had to come and kick it free.

When she told another attendant at the end of the ride about her experience, Ms Dunlop said the attendant "pushed off" her concerns and told her: "All the empty rafts get stuck there. There's a bit of a current that just pulls them and keeps them there, but the next raft comes and just bumps them out of the way."

The attendant also told her an empty raft was always sent around the circuit as "a bit of a buffer", Ms Dunlop said.

"You're only sitting on a cushion of air ... you're sort of rocking and rolling and to-ing and fro-ing," she said.

"You kind of ... put your faith into the ride and to the people because that ride's been around for a long time."