The chief executive officer of Dreamworld's parent company has defended not speaking directly with the families of those killed in Tuesday's tragic ride incident, saying she did not have their contact details.

New Zealand-born Cindy Low, 42, was killed along with Australians Kate Goodchild, her brother Luke Dorsett and his partner Roozbeh Araghi when the Thunder River Rapids Ride malfunctioned on Tuesday.

Ms Low, originally from Kawerau, was a long-term resident of Australia.

The Gold Coast theme park was due to re-open for the first time since the tragedy tomorrow, with all proceeds going to charity, but police later said it would not be re-opening at this time.

An announcement on the park's re-opening would be made on Monday.

Ardent Leisure, which owns Dreamworld, held its annual general meeting in Sydney today, and faced fierce questioning from media about the deadly incident.

At the news conference, Ardent Leisure CEO Deborah Thomas said the company had reached out to the families affected and had "finally made contact with the Dorsett family" to offer "every assistance that we can".

However, a journalist later told Ms Thomas that the Dorsett family was watching the news conference and was "furious" at the suggestion they had been offered support from Dreamworld management. 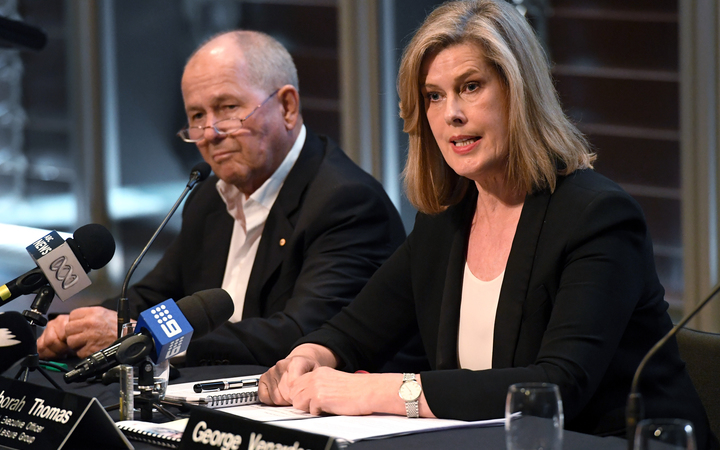 "We didn't call the Dorsett family directly because we didn't know how to contact them, so we have been to the police liaison officer," Ms Thomas said.

"I will not call her now in front of the media, but I am very happy to call her very soon after this meeting.

"Yesterday was all about trying to get hold of the families so we could offer assistance, and we have it back from the police that they have made contact with them.

"And my understanding was that our people would be with them today. So, please, give me that [phone] number, thank you."

The annual general meeting included a vote on a proposal to give Ms Thomas a performance bonus, in shares currently valued at more than $800,000.

Ardent Leisure chairman Neil Balnaves said it was not appropriate to discuss the bonus.

"Any bonus Ms Thomas has relates to the prior year. The prior year was a year where the company performed in very good terms. The tragedy is only 48 hours' old," he said.

"It is just inappropriate to talk about commercial matters at this point in time. And I don't want to comment any further on it."

The meeting was told the bonus would be approved but the results of the vote would not be released until this afternoon.

"The optics are not good, definitely. The idea that there's been this tragedy, four people are dead, and at the same time there's some big bonuses being paid, yeah it's not a good look."

Shareholder Steve O'Reilly said the AGM should have been deferred.

"I don't think it's appropriate to hold the meeting two days after the tragedy," he said.

"And I think if they did have to hold the meeting for statutory purposes they should have done the bare minimum [and] there shouldn't have been any discussion about bonuses today.

"I've urged the board to respond very compassionately and very generously given what's happened and I'll be certainly watching to make sure that they do so."

Mr Balnaves said the company was legally required to hold the AGM today, even though he would have preferred to defer it.

"Unfortunately, under the laws, the Corporations Law, we are unable to to do that. That's why none of us had a great desire to stand here today in the middle of this crisis and have an AGM. But we are compelled under law to do it."

'A tragedy of proportions never seen in this business'

Mr Balnaves told the meeting everyone at the company was grieving and "very much affected by the seriousness of this terrible accident".

Ms Thomas was on the Gold Coast yesterday to talk to employees and today described the accident as "catastrophic".

She said they were fully cooperating with authorities, and the Dreamworld accident would have a significant impact on company earnings.

A slide presentation shown to shareholders outlined the impact on earnings.

"Revenue lost as a result of this tragic event will have a significant impact on [earnings] for the remainder of the year, due to the high level of fixed costs required to operate the business," it said.

Mr Balnaves described the accident as a "tragedy of proportions never seen in this business before".

He also defended Dreamworld's safety record, hitting back at union claims there was an unsafe culture at the theme park.

"Dreamworld has a strong safety culture and this is of paramount importance to the board - it is not to be underestimated," he said. 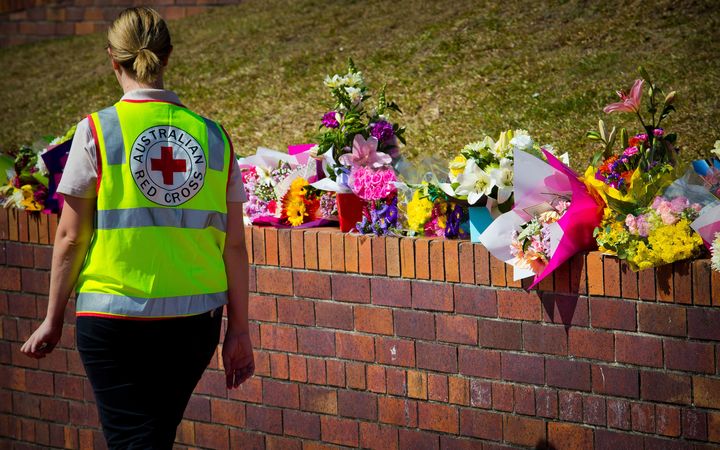 A member of the Australian Red Cross counselling team walks past a makeshift floral tribute at Dreamworld on the Gold Coast. Photo: AFP

Ms Thomas asked shareholders not to jump to conclusions about the accident.

"I understand the intense interest in this catastrophic event and appreciate that there are many questions to be answered, but I ask for your patience as we work through these with the authorities to establish the facts," she said.

The meeting heard inquiries into the incident may take months.

The parent company yesterday recorded its biggest one-day share price loss since March 2015 and, since Monday afternoon, stocks have plunged more than 20 percent.

The company's name was also expected to be changed to Main Event Entertainment Limited.