A Boko Haram faction is willing to negotiate the release of 83 more of the schoolgirls kidnapped in 2014 in Nigeria, a government spokesman says. 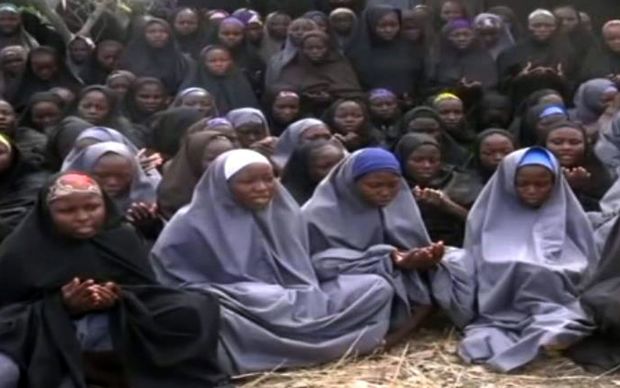 A screengrab taken from a Boko Haram video showing girls believed to be the schoolgirls abducted in Chibok. Photo: AFP

About 220 girls were taken from their school in 2014 in Chibok in northeastern Borno state, where Boko Haram has waged a seven-year insurgency aimed at creating an Islamic state, killing thousands and displacing more than 2 million people.

A faction of the militant group released 21 of the girls on Thursday after the Red Cross and the Swiss government brokered a deal. They were brought from the northeastern city of Maiduguri to the capital Abuja to meet state officials.

"These 21 released girls are supposed to be tale bearers to tell the Nigerian government that this faction of Boko Haram has 83 more Chibok girls," Garba Shehu, spokesman for President Muhammadu Buhari, said.

"The faction said it is ready to negotiate if the government is willing to sit down with them," Mr Shehu said, adding that the state was prepared to negotiate with the branch of Boko Haram.

The 21 released girls reunited with their families today, after their release last week.

In an emotional ceremony in the capital Abuja, one of the girls said they had survived for 40 days without food and narrowly escaped death at least once.

Of the 276 students kidnapped from the school in the northern town of Chibok in April 2014, 197 are still missing.

The Islamic State-allied splinter group said the rest of the kidnapped Chibok girls were with the part of Boko Haram under the control of figurehead Abubakar Shekau, according to Mr Shehu.

Boko Haram has apparently split, with a big group moving away from Shekau over his failure to adhere to guidance from the Iraq- and Syria-based Islamic State.

But that appointment was later dismissed in a 10-minute audio clip on social media by a man purporting to be Abubakar Shekau, exposing divisions within Boko Haram.

Information Minister Lai Mohammed last week denied reports that the state had swapped captured Boko Haram fighters for the 21 girls' release and said he was not aware if any ransom had been paid.

A Nigerian army operation against Boko Haram would continue, he said.

In recent days, the Nigerian army has been carrying out an offensive in the Sambisa forest, a stronghold of Boko Haram.

The militants controlled a swath of land about the size of Belgium at the start of 2015, but Nigeria's army has recaptured most of the territory. The group still stages suicide bombings in the northeast, as well as in neighbouring Niger and Cameroon.