Cave art as much as 14,500 years old has been pronounced "the most spectacular and impressive" ever discovered on the Iberian peninsula. 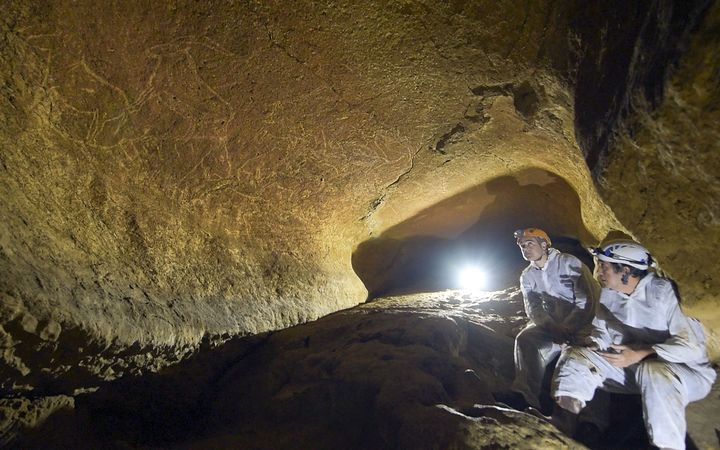 About 50 etchings were found in the Basque town of Lekeitio.

They include horses, bison, goats and - in a radical departure from previously discovered Palaeolithic art in the Biscay province - two lions.

Some depictions are also much bigger than those found previously - with one horse about 150cm long.

"It is a wonder, a treasure of humanity," senior Biscay official Unai Rementeria said. 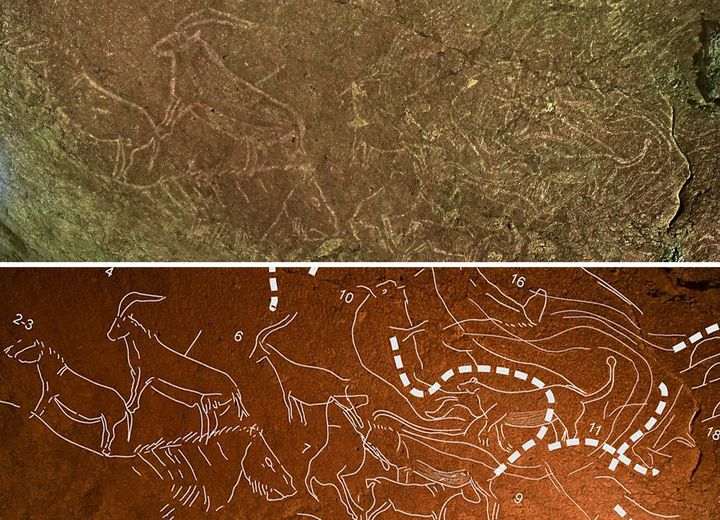 Cave engravings (top) representing animals like horses, bisons, lions or goats, and a highlighted version, in the Armintxe cave in the Basque village of Lekeitio. Photo: AFP

He was announcing the discovery, which was made in the Armintxe cave in May and has since been investigated by Biscay experts.

The cave was well-known to locals, said reports, but no-one had until then ventured the 50m inside, where this latest 15m-long panel of etchings was found.

Together with two side panels, the depictions comprise some 30 animals along with forms comprising semi-circles and lines - including some "identical" to forms found in the French Pyrenees.

Other similar shared features - including the depictions of lions and the etching technique used - have suggested there could have been links between groups of hunter-gatherers in both areas. 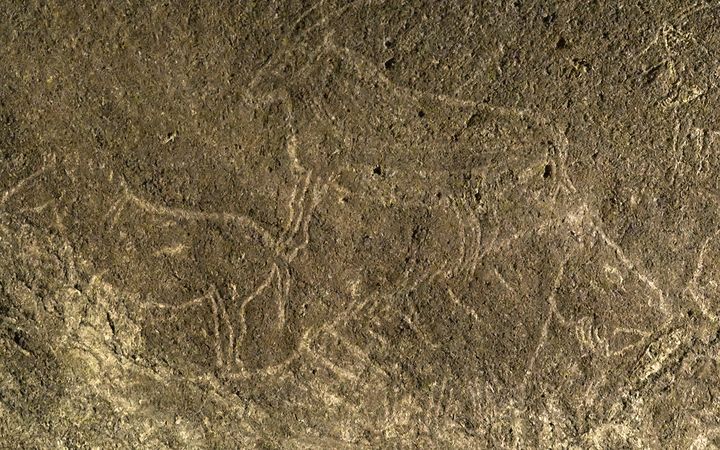 Cave engravings representing horses and goats, in the Armintxe cave in the Basque village of Lekeitio. Photo: AFP

The cave will not be opened to the public, both due to its inaccessibility and because of the need to preserve the paintings - but authorities say they will use technology to give the public as good a view of the new finds as possible.

Experts will discuss the finds at a special congress at the end of the month.