The leader of the US House of Representatives has distanced himself from Donald Trump as the Republican presidential candidate's campaign sank deeper into crisis over his sexually aggressive remarks about women. 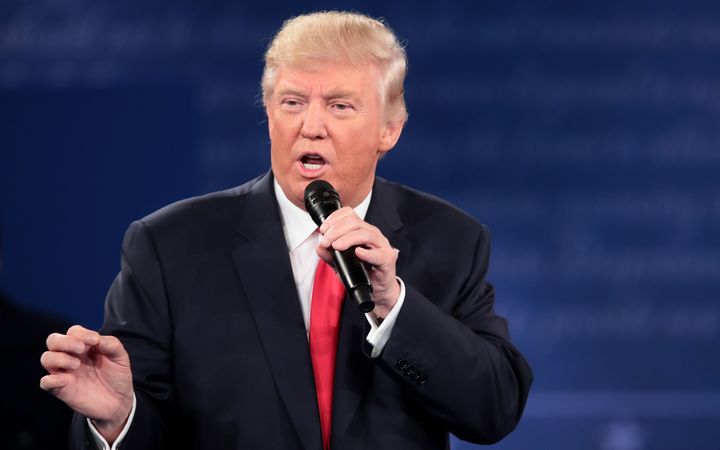 House Speaker Paul Ryan told an emergency meeting of fellow Republican lawmakers that he would neither defend Mr Trump or campaign with him in the leadup to the 8 November election but would focus on protecting Republican majorities in Congress.

Mr Trump hit back in a tweet saying Mr Ryan should "not waste his time" opposing his campaign.

Paul Ryan should spend more time on balancing the budget, jobs and illegal immigration and not waste his time on fighting Republican nominee

Mr Ryan's comments were made during a conference call by Republicans in the US Congress, a source familiar with the call said.

The call was arranged to work out how to handle the fallout from a video that surfaced on Friday showing the Republican nominee making lewd comments about women in 2005.

Mr Ryan said that he would spend the remainder of the election campaign making sure that if Democratic presidential candidate Hillary Clinton wins in November she does not get a "blank cheque" in the form of Democrat-controlled Congress, the source said. Republicans currently control both the House and Senate. 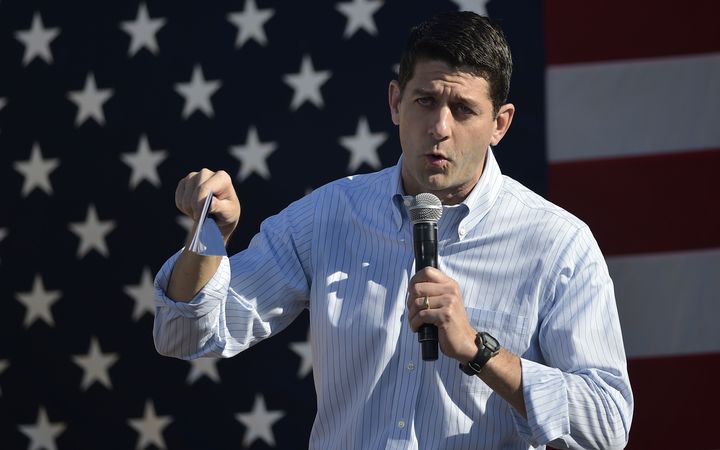 Paul Ryan, seen here at a Republican Party event, has had several public disagreements with Mr Trump but until now has nonetheless supported his presidential bid. Photo: AFP

In yesterday's presidential debate Mr Trump described the taped remarks - which have provoked outrage - as "locker-room talk", and denied he had groped anyone.

Hillary Clinton has cast doubt on Mr Trump's apology, tweeting that if he stood by this assertion he was "clearly not sorry".

The tweet came as Mr Trump's running mate Mike Pence said he would stand by him despite an outcry over the remarks.

A defiant Mr Trump went on the offensive in the debate saying Mrs Clinton would go to jail if he were president and attacking her husband, Bill Clinton, for his treatment of women.

Nearly half of all 332 incumbent Republican senators, congress members and governors have condemned his remarks about women and roughly 1 in 10 have called on him to drop out of the race, according to a Reuters review of official statements and local news coverage.

But any attempt to replace Trump on the ballot this close to election day would face huge legal and logistical hurdles. 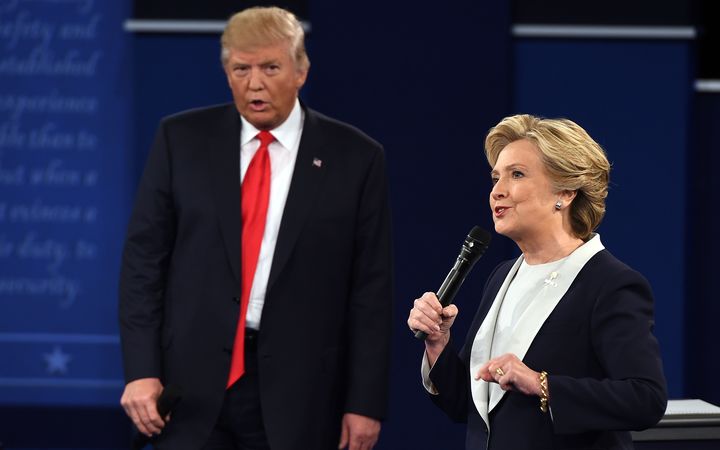