The UN Secretary-General Ban Ki-moon says a "massive response" is needed to help Haiti recover from the devastation caused by Hurricane Matthew. 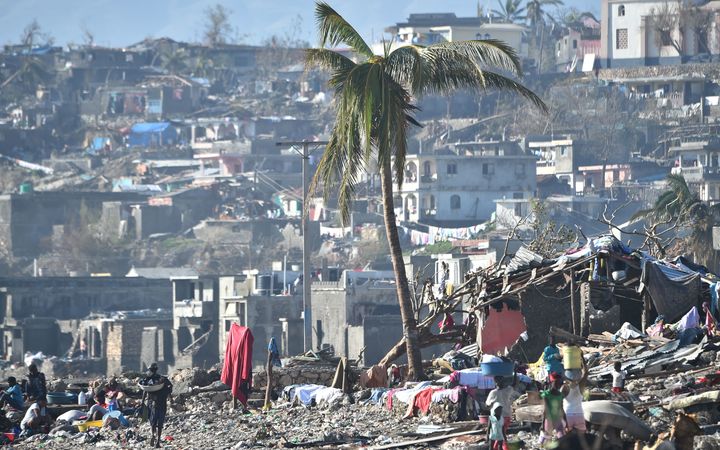 Some towns and villages were wiped off the map and tensions were already mounting as people awaited help, Mr Ban said.

The UN has also made an emergency appeal for nearly $US120m in aid.

The category-four storm slammed into Haiti last week, killing an estimated 1000 people, before sweeping across the south-east of the United States, where it caused flooding, damage and widespread power cuts.

Matthew - the strongest hurricane to hit the region in a decade - destroyed tens of thousands of homes in Haiti, leaving more than 60,000 people staying in temporary shelters.

"Hundreds have died; at least 1.4 million people need assistance at this time. Some towns and villages have been almost wiped off the map; crops and food reserves have been destroyed; at least 300 schools have been damaged," Mr Ban said.

Officials said some people had started to put up blockades to try and stop aid convoys they saw driving through their areas without stopping.

An aid worker told the Associated Press news agency that a convoy carrying food, water and medications was attacked by gunmen in a remote valley where there had been a mudslide. 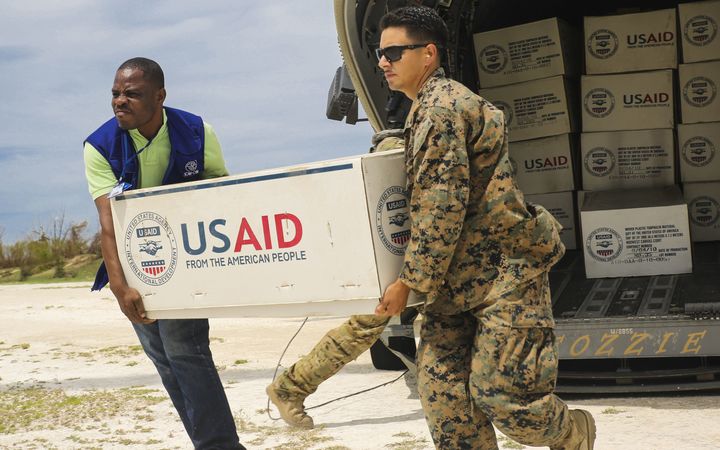 A US marine helping an International Organization for Migration representative to carry supplies in Jeremie. Photo: AFP

The UN humanitarian agency issued an appeal to help provide "life-saving assistance and protection" for 750,000 people in south-western Haiti over the next three months.

Officials were still struggling to reach the hardest-hit areas, the agency said, with communities in need of food, clean water and clothing.

Haiti's ambassador to the UN said the country would face a "severe famine" as its south-western region, the most affected by Matthew, is "considered the bread basket of Haiti".

Fears of a cholera outbreak

There were growing fears that flooding could cause a cholera outbreak similar to that after the 2010 earthquake. The waterborne disease reached the island via Nepalese UN troops, causing the deaths of nearly 10,000 people.

Reports said a treatment centre in the town of Jeremie was overcrowded with not enough beds for patients, and some of them were being forced outside. Many of the cases involved children.

Countries including France and the US have pledged to send aid. The Red Cross has launched an emergency appeal for $6.9m and Unicef said it needed at least $5m to meet the immediate needs of 500,000 affected children.

Meanwhile, at least 21 people have been killed by Matthew in the US, 10 of them in North Carolina, most of them swept away by flood waters.

"Hurricane Matthew is off the map. But it is still with us. And it is still deadly," Governor Pat McCrory said.

There were also four deaths in Florida and three each in Georgia and South Carolina. One death was reported in Virginia.

Nearly 1.2 million people were without power.