New Zealanders could be affected by new British proposals aimed at preventing international students and foreign workers taking jobs UK workers could do. 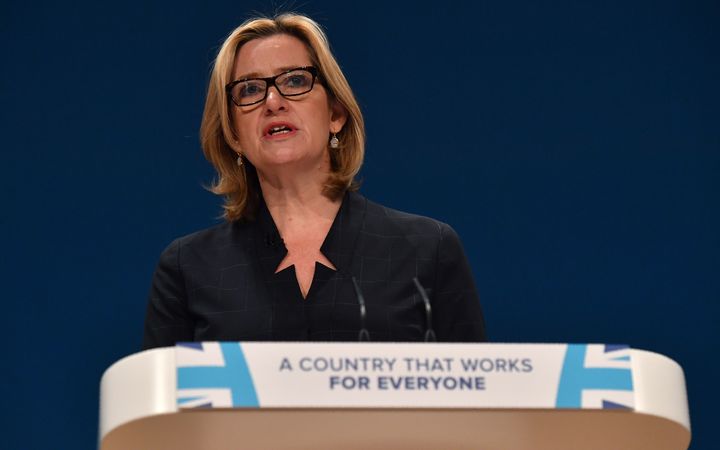 British Home Secretary Amber Rudd used her speech at the Conservative Party conference to set out plans to review whether it should be harder for companies to recruit foreign workers.

In proposals that could affect New Zealanders, students and skilled workers from all countries would be targeted.

There would also be moves to deport EU criminals for "minor crimes".

Companies were "getting away" with not training British workers and tougher recruitment tests were needed, Ms Rudd told the conference. Tests that employers had to undergo before recruiting from abroad had become "tick-boxing exercises".

"The test should ensure people coming here are filling gaps in the labour market, not taking jobs British people could do. So I want us to look again at whether our immigration system provides the right incentives for businesses to invest in British workers."

Ms Rudd said a consultation later this year would review whether employers should have to set out the steps they have taken to foster a pool of local candidates.

They may also have to publish the proportion of their workforce that is international and set out what impact they expect foreign recruitment to have on the local workforce.

Of the 31.7 million people in work in Britain at the end of June, 5.4 million were born outside the country, official data shows.

Prime Minister Theresa May has said the 23 June vote to leave the European Union was a sign that immigration was too high.

Employers' group the CBI said the proposals would increase the burden on firms just as they are trying to navigate the uncertainty thrown up by the Brexit vote.

"Foreign students, even those studying English Language degrees, don't even have to be proficient in speaking English," the Home Secretary said. "We need to look at whether this one-size-fits-all approach really is right for the hundreds of different universities, providing thousands of different courses across the country.

"And we need to look at whether this generous offer for all universities is really adding value to our economy. This isn't about pulling up the drawbridge. It's about making sure students that come here, come to study."