At least one person has been killed and dozens injured, some of them critically, after a commuter train crashed into a railway station in the US state of New Jersey. 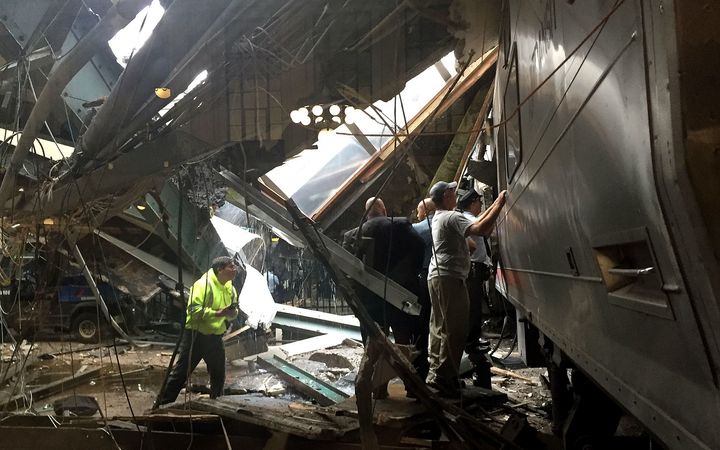 The scene after the commuter train crashed in to the platform at the Hoboken Terminal. Photo: AFP

The train reportedly went through ticket barriers and into the reception area of Hoboken station.

Images show extensive damage to the train carriages and station, with part of the building roof caved in.

Witnesses described a scene of horror at the station.

A spokeswoman for New Jersey Transit, Jennifer Nelson, told reporters that 20 ambulances had arrived at the scene to take the injured to hospital. 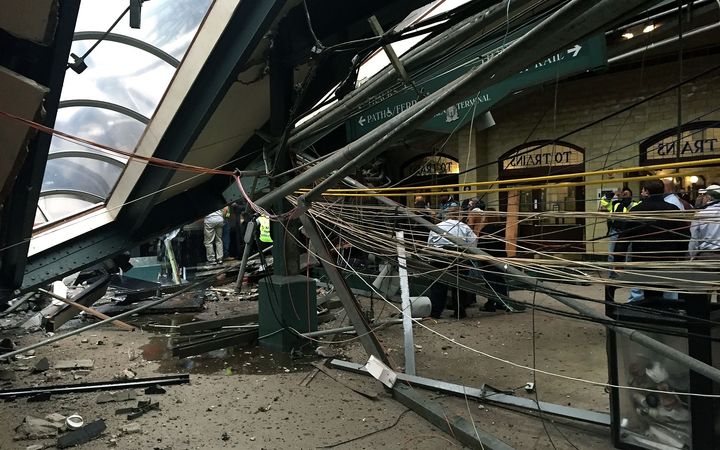 Part of the roof at the Hoboken terminal collapsed after the crash. Photo: AFP

Hoboken is across the Hudson River from New York City. Many commuters use the busy station to travel into Manhattan.

New Jersey Governor Chris Christie confirmed there had been one fatality. Earlier reports said three people had died. He said 108 people were injured, including the train's operator, who was critically injured.

Ben Fairclough, a witness who was at the station, told the BBC: "I wasn't on the train, but I arrived just after it happened. There was water coming down off the roof and people climbing out through the windows.

"There were people sitting down with blood coming from their head. There were lots of injuries." 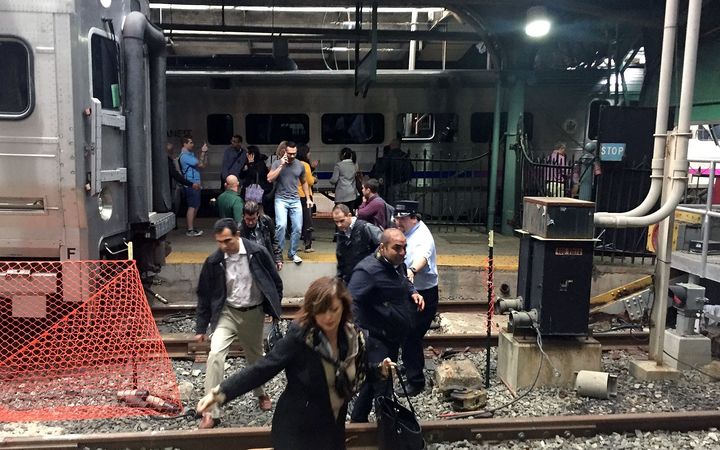 Passengers run for safety after the crash. Photo: AFP

Commuter Mark Cardona described a "horror scene" at the station.

"I was on my way to work. I was halfway along the platform when I saw a runaway train coming at me.

"It went full speed into and then through the building.

"I froze. People were screaming... The ceiling started to collapse. I ran for my life."

New Jersey Transit posted on Twitter that the service out of Hoboken station had been suspended as a result of the crash.