American actress Charmian Carr, who played the eldest von Trapp daughter Liesl in the film The Sound of Music, has died aged 73.

Carr died in Los Angeles after complications from a rare form of dementia, her representative said.

In her role in the 1965 film, she famously performed the song Sixteen Going on Seventeen.

After leaving the film industry, Carr ran an interior design firm in California.

Her mother had arranged for her to audition for The Sound of Music role, although she had had no singing or acting lessons.

Rodgers and Hammerstein's The Sound of Music was a massive hit, at the time surpassing Gone with the Wind as the highest-grossing film of all time.

Carr later wrote two books on her experience - Forever Liesl and Letters to Liesl - and frequently appeared at events commemorating the movie.

Her only other major role was in the Stephen Sondheim television musical Evening Primrose. 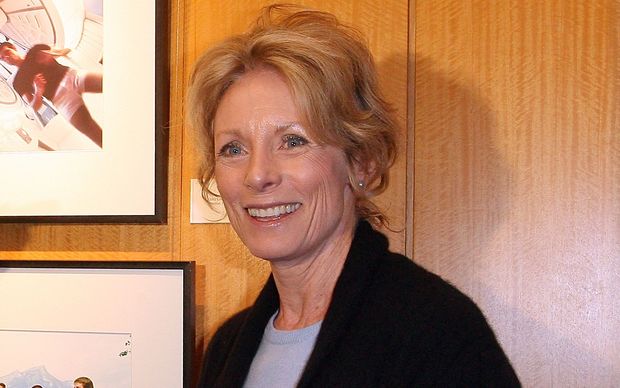 Many fans of The Sound of Music took to Twitter to post their memories, clipping up sections of her performance.

Kym Karath, who played Gretl in the movie, tweeted: "She has been like a sister throughout my life."

The real life Liesl, Agathe von Trapp, the eldest daughter of the Austrian family who inspired the film, died aged 97 in 2010.