A terminally ill 17-year-old has become the first minor to be helped to die in Belgium since age restrictions on euthanasia requests there were removed two years ago.

The head of the country' federal euthanasia commission said the teenager was "suffering unbearable physical pain". 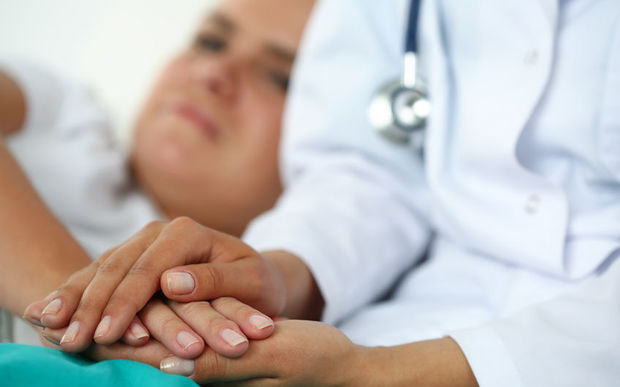 "Fortunately there are very few children who are considered [for euthanasia] but that does not mean we should refuse them the right to a dignified death," he told the Het Nieuwsblad newspaper.

The case had been reported to his committee by a local doctor last week, Mr Distelmans told Reuters.

Belgium is the only country that allows minors of any age to choose euthanasia.

They must have rational decision-making capacity and be in the final stages of a terminal illness.

Their parents must also give consent.

The Netherlands also allows euthanasia for minors, but they must be aged over 12 years old.

Belgium lifted its age restrictions in 2014. The law passed by parliament said the child would have to be terminally ill, face "unbearable physical suffering" and make repeated requests to die before euthanasia is considered.

Many people, including church leaders and some paediatricians, questioned whether children would be able to make such a difficult choice.

But Senator Jean-Jacques De Gucht said he was proud the legislation had passed.

He said having the possibility to ask about euthanasia "makes a big difference to many people".

Research carried out in Flanders, Belgium found the rate of people being assisted to die prior to legalisation was unclear, with separate surveys reporting rates of 0.3 percent of all deaths in the region 1.1 percent.

The rate has risen steadily since legalisation in 2002 to 4.6 percent of all deaths in the most recent survey in 2013.

Euthanasia is an intervention undertaken with the intention of ending a life to relieve suffering, for example a lethal injection administered by a doctor.

Assisted suicide is any act that intentionally helps another person kill themselves, for example by providing them with the means to do so, most commonly by prescribing a lethal medication.

Where is assisted dying permitted?