Republican nominee Donald Trump is in "excellent physical health", according to a letter from his doctor. 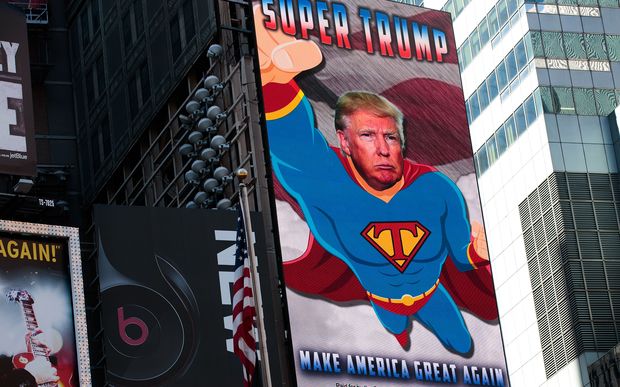 The letter comes as his Democratic rival Hillary Clinton returns to the campaign trail after time off with pneumonia, appearing briefly to reporters.

Boarding a plane in White Plains, New York, she spoke to journalists as she flew to North Carolina to hold a rally, her first campaign event since the weekend.

Both candidates have faced public scrutiny over transparency about the state of their health.

"He takes a lipid lowering agent (rosuvastatin) and a low dose aspirin," the letter said.

"He does not use tobacco products or alcohol."

His weight and height give him a body mass index of 29.5, according to US measurements, which is within the "overweight" range but close to the "obese" mark at 30.0.

Mr Trump discussed his health with talk-show host Dr Mehmet Oz in a taped interview, which is set to air on Thursday.

He first revealed the letter, which is dated 13 September, in his appearance on The Dr Oz Show.

"I feel as good today as I did when I was 30," Trump said on the show, according to a clip.

Dr Bornstein, a gastroenterological specialist at Lenox Hill Hospital in New York, has cared for Mr Trump since 1980, according to the letter.

The note continues to detail parts of Mr Trump's medical record, including that he was only in hospital once at age 11 for an appendectomy.

Although the letter provides some insight, it does not include his detailed medical history.

The polls indicate a tight race nationally and in the key battleground states, with 54 days to election day.