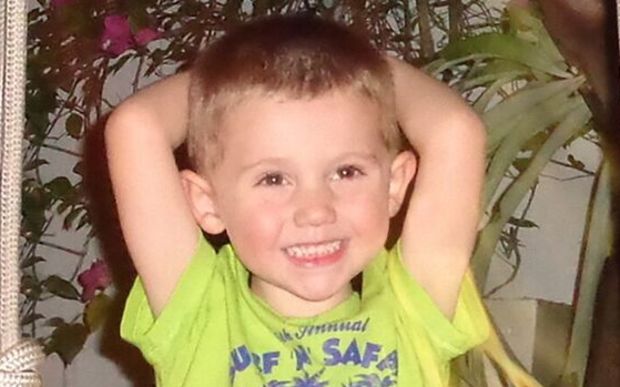 William Tyrrell was aged three when he disappeared two years ago in what has long been suspected to be a kidnapping. Photo: NSW Police

NSW Premier Mike Baird and Police Commissioner Andrew Scipione announced the reward, the largest ever offered by the NSW government, on the second anniversary of the disappearance of William Tyrrell, who would now be five years old.

"That's one million reasons why somebody that's out there that knows what's happened should come forward and talk to us, and do it soon," Commissioner Scipione said.

The reward was unusually not tied to a requirement for the information provided to lead to an arrest, and was instead linked solely to the boy's recovery.

William was last seen in the front yard of his grandmother's house in Kendall on the NSW mid-north coast on 12 September 2014.

He was three years old at the time and wearing a Spiderman suit.

An extensive search of the nearby area and bushland failed to find any trace of William and the search was scaled back after a week.

Police said the speed and coordination of that local search allowed them to very quickly form the view that William had been kidnapped and a taskforce was set up to investigate his suspected abduction.

The police officer heading the investigation, Chief Inspector Gary Jubelin, today gave an update on the taskforce's progress and how the reward would be used.

"It's very important that I dispel the perception, or possible perception, that the announcement of the reward is the situation that we've run out of lines of inquiry," he said.

Inspector Jubelin said the investigation was the largest in the state with 2800 reports to Crimestoppers, a further 196 reports of information direct to the taskforce and 1078 possible sightings reported.

The taskforce had identified 690 persons of interest and Inspector Jubelin said the net was being cast very wide.

"As I stand here and speak we are working on covert operations at this particular time.

He said a second taskforce was being assisted by other police operation groups including the armed hold-up squad, the sex crimes squad and the fraud squad.

Premier Baird said his government was happy to support the police investigation.

"We need to do everything possible to bring William home and that's what today is about, " he said.

"We are providing the largest ever reward to bring back William to his family, his community.

"Those million dollars we hope encourages anyone with any information to come forward, to come forward to unite William with his family," Mr Baird said.