United States presidential candidate Hillary Clinton says she regrets describing half the supporters of her Republican rival, Donald Trump, as belonging in a "basket of deplorables". 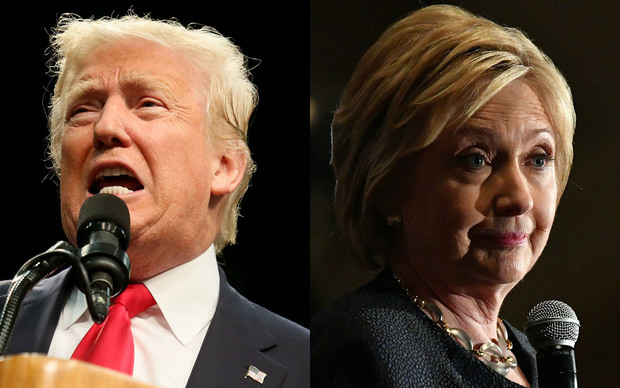 The Democratic contender for the presidency said many Trump supporters were hard-working Americans who felt let down by the political system.

But Mrs Clinton said she would keep "calling out bigotry and racist rhetoric" as her feud with Donald Trump escalates.

Earlier, she said many of those backing her rival were racist, sexist, xenophobic and Islamophobic.

Mr Trump responded to Mrs Clinton's suggestion that half his supporters were worthy of condemnation by saying the comment insulted "millions of amazing, hard working people".

Mrs Clinton accepted that she had been "grossly generalistic".

Polls released earlier this week suggested Mr Trump was gaining on Mrs Clinton, and the rivals are neck and neck in the key battleground states of Ohio and Florida.

The Reuters/Ipsos poll combines the results of several other opinion surveys.

It said Mrs Clinton now had an 83 percent chance of winning the election, down from 95 percent in late August.

She is favoured to win 17 states, including many with large, urban populations such as New York, New Jersey and California.

But Mr Trump has caught up to her in several states - including Florida and Ohio.