A sarcastic tweet aimed at China and posted on the US Defense Intelligence Agency's Twitter account has fuelled a row over protocol at the G20 summit.

The tweet, which was quickly deleted, read: "Classy as always China".

When President Barack Obama arrived in Hangzhou there was no red carpet and he had to leave by a different plane exit. 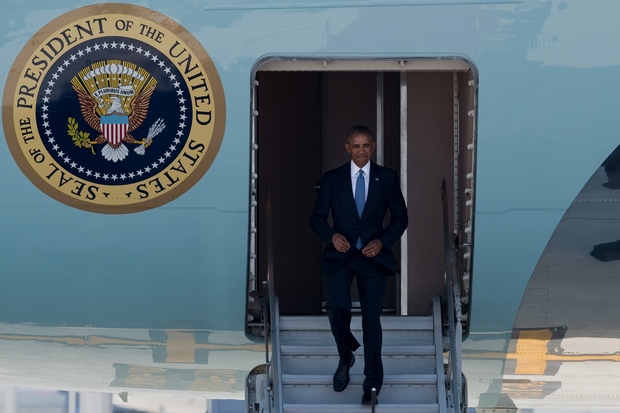 There was also a row on the tarmac when a Chinese official shouted "This is our country!" as reporters and US officials tried to bypass a cordon.

President Obama called on reporters "not to over-crank the significance".

Earlier today, a tweet regarding a news article was mistakenly posted from this account & does not represent the views of DIA. We apologize.

However, a Twitter operative of the Defense Intelligence Agency (DIA) - a secretive spy unit within the defence department that advises on intentions and capabilities of foreign nations and entities - appears to have made things worse, the Wall St Journal reported.

The "Classy as always China" tweet linked through to a New York Times article on the protocol incident, it said.

The DIA felt compelled to issue a speedy apology, saying the posting did "not represent the views of the DIA. We apologize."

Mr Obama earlier insisted the quarrel had no bearing on broader Sino-US relations.

He said that part of the reason for the tension on his arrival in China was because the US had a different attitude towards the press than other countries.

"We think it's important that the press have access to the work that we're doing, that they have the ability to ask questions," he said.

"We don't leave our values and ideals behind when we take these trips. [But] it can cause some friction." 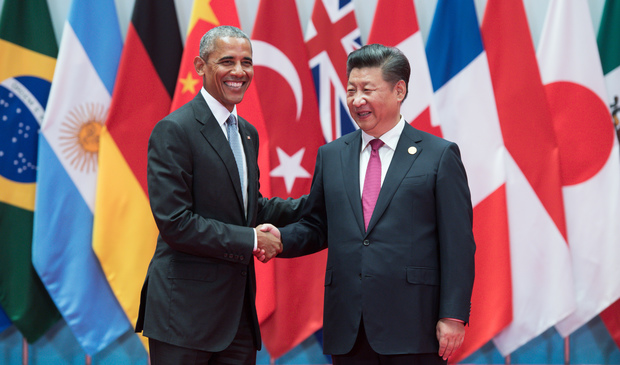 US President Barack Obama is welcomed by Chinese President Xi Jinping at the G20 summit in Hangzhou. Photo: AFP

American reporters who travelled to the summit with President Obama from Hawaii said that Chinese security guards prevented them from watching the president disembark from the belly of the plane - something normally only done on high-security trips to places like Afghanistan - because there was no red carpet welcome.

"We were abruptly met by a line of bright blue tape, held taut by security guards. In six years of covering the White House, I had never seen a foreign host prevent the news media from watching Mr Obama disembark," Mark Landler of the New York Times reported.

When a White House staff member protested to a Chinese security official that this was a breach of protocol, the official was reported to have shouted: "This is our country."

National Security Adviser Susan Rice - one of the president's most senior members of staff - joined in the row along with her deputy, the New York Times reported, remonstrating with Chinese officials.

The South China Morning Post on Sunday reported an official as saying that China provides red carpets to welcome every arriving state leader, "but the US side... turned down the proposal and insisted that they didn't need the staircase provided by the airport".

White House aides, protocol officers and Secret Service agents became embroiled in a row with Chinese officials as to how many Americans should be allowed into the building before Mr Obama's arrival. At one point there were fears the confrontation could become physical, the New York Times reported.

The president pointed out that this was not the first time there had been tension with the Chinese over security and news media access during his travels.

"But this time," he said, "the seams are showing a little more than usual."