Former Stanford State University student Brock Turner, who sexually assaulted an unconscious woman, sparking an outcry across the United States, has been released from prison. 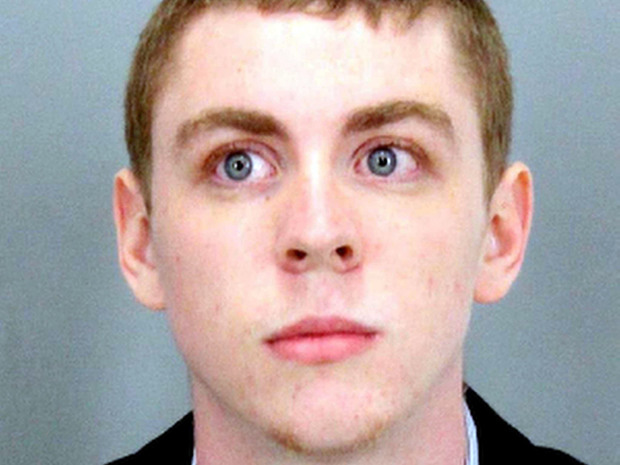 The 21-year-old swimmer, who was released early for good behaviour while incarcerated, was caught by TV news cameras as he left the Santa Clara County Jail in San Jose, California.

Sheriff's deputies stood nearby as Turner, carrying a paper bag filled with his belongings, walked silently from the jail to a white sports utility vehicle waiting at the curb.

Turner did not answer questions as he climbed into the vehicle, which quickly sped away.

Turner, then 19, was arrested after being caught assaulting an intoxicated and unconscious 22-year-old woman on campus in January 2015.

The attack only ended when two cyclists, international students from Sweden, intervened.

The woman, who woke up after the attack in a hospital, learned the graphic details of her attack through news reports, including that she was found "behind a dumpster".

Turner was charged with sexual assault instead of rape, because although he digitally penetrated the woman, he did not have intercourse with her, and California law does not define that as rape.

The sentence set off a storm of outrage and was widely criticised as too lenient, with prosecutors labelling it a "slap on the wrist".

Prosecutors had asked that Turner be given six years in a state prison and under normal sentencing guidelines he likely would have received at least two years.

The case threw a spotlight on the problem of rape and sexual assault on US college campuses, amid criticism that handling of these cases is often lax and has given rise to a climate of impunity.

Turner's victim, identified as "Emily Doe," made a powerful statement at his sentencing that drew international attention and went viral.

"You don't know me, but you've been inside me, and that's why we're here today," she told her attacker in the statement read in court.

"You took away my worth, my privacy, my energy, my time, my intimacy, my confidence, my own voice, until today."

The woman said she now sleeps with pictures of two bicycles taped above her bed to remind herself of the two cyclists that were heroes in this story.

A letter to the court by Turner's father, stating that the blonde, blue-eyed athlete did not deserve to be jailed for "20 minutes of action," further stoked the debate.

Mr Persky, who had also been a student at Stanford, now faces a recall campaign and has removed himself from hearing criminal cases.