A father is still missing after children ditched parents who were "fleeing something" on a family trip without passports or phones in NSW. 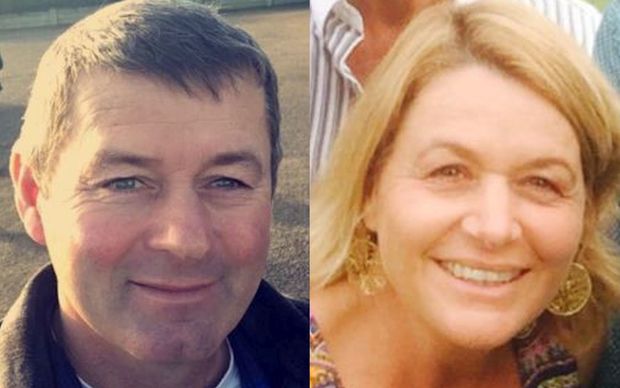 Mark and Jacoba Tromp, 51, left home with their children at Silvan, east of Melbourne, on Monday - leaving behind passports and mobile phones.

The couple were reported missing on Tuesday after the children, who did not did not want to continue the holiday, left their parents, in the New South Wales central tablelands.

Mr Tromp abandoned the grey Peugeot station wagon the family had been travelling in and fled from police in Wangaratta in north-east Victoria on Wednesday night.

Police searched the area but he was not found.

Mrs Tromp was found safe on Thursday by a member of the public and was taken to a hospital in Yass suffering from stress-related health concerns.

One daughter was also taken to hospital in Goulburn with stress-related health issues.

The couple's son, Mitchell, said his parents were acting paranoid before they disappeared, and were "fleeing something".

He described their behaviour as something "like a movie".

Police said the circumstances around the case were unusual and one officer described it as "the most bizarre case in 30 years".

Mitchell Tromp said he and his siblings had to leave the trip because of their parents' behaviour.

He said his parents' behaviour was out of character and he wanted to see his father return home.