The city of Nice has lifted a controversial ban on burkinis - the latest French seaside resort to do so, in line with a national court ruling. 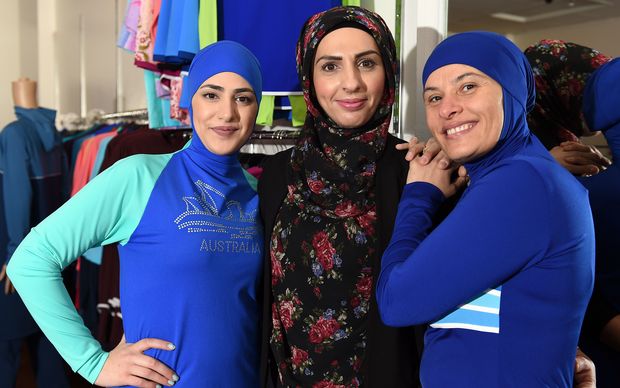 Bans on the women's full-body swimsuits have also been lifted in Villeneuve-Loubet, Cannes, Frejus and Roquebrune.

French Riviera mayors imposed the bans, but they were overruled on Friday by France's top administrative court.

Critics see burkinis as a symbol of Islam and potentially provocative after the terror atrocity in Nice.

But on Friday, France's Council of State ruled that the ban in Villeneuve-Loubet "seriously and clearly illegally breached fundamental freedoms".

The human rights lawyer who brought that case said he would take each town to court over their burkini bans.

The Collective against Islamophobia in France (CCIF) and the Human Rights League (LDH) challenged the Villeneuve-Loubet ban, turning it into a test case.

In recent days courts in several French Riviera resorts have annulled their bans - even though local mayors had vowed to keep them in place. 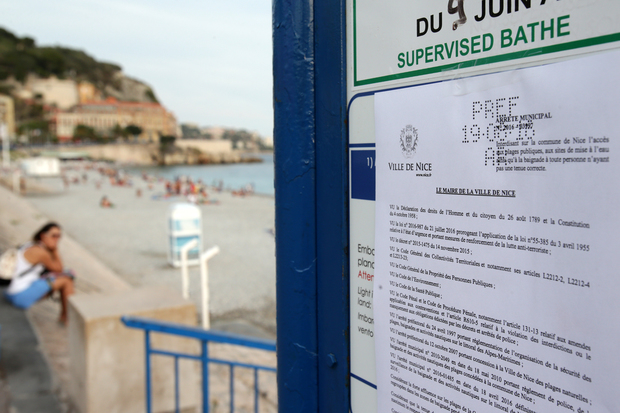 A sign in Nice showing the bylaw, which has now been lifted, forbidding women to wear the burkini at the beach. Photo: AFP

Two beach resorts in Corsica - Sisco and Ghisonaccia - still have bans in place.

French Prime Minister Manuel Valls wrote in support of the bans, saying burkinis were "the affirmation of political Islam in the public space".

Burkinis were not mentioned by name in the bans, with the order simply saying beachwear must be respectful of good public manners and the principle of secularism.

Authorities had said that they were concerned about the public order implications of the religious clothing, especially after the attacks in Nice and Paris carried out by people influenced by Islamist extremism.

While opinion polls suggested most French people backed the burkini bans, they ignited fierce debate in France and around the world, with Muslims saying they were being unfairly targeted.

What is a burkini?

What French law says on secularism and religious clothing