Turkey's President has said the Islamic State (IS) militant group is likely to have carried out the bomb attack on a Kurdish wedding in the country.

The death toll for the explosion has risen to 50, the local governor's office said, with almost 100 injured. 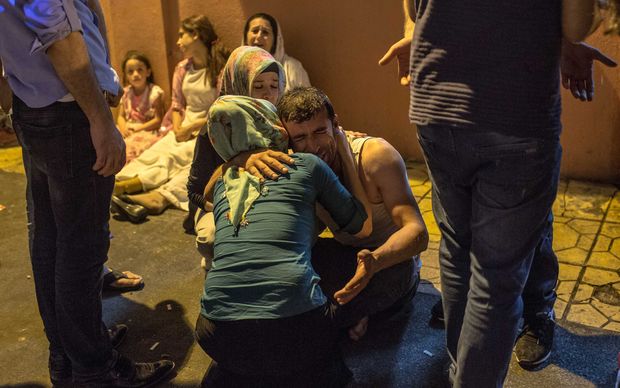 Relatives grieve at a hospital after the attack on the Kurdish wedding. Photo: AFP

Gaziantep is about 64km from the Syrian border. A suicide bomber killed two policemen there in May.

The city is known to have several IS cells.

In a written statement published by local media (in Turkish), President Tayyip Erdogan argued there was "no difference" between IS, the Kurdish militants of the PKK, and followers of US-based cleric Fethullah Gulen, who he blamed for the coup attempt last month.

"Our country and our nation have again only one message to those who attack us - you will not succeed!" he said.

The bomb went off in a part of town popular with students and which has a large Kurdish community. 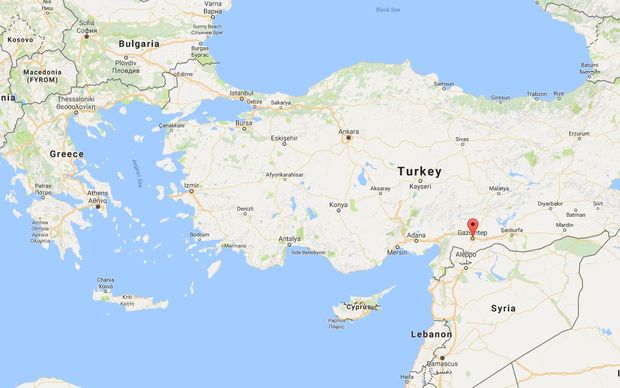 The attack occurred at a wedding in the city of Gaziantep. Photo: Google Maps

Local MP Mahmut Togrul told Reuters it had been a Kurdish wedding.

Mr Togrul's party, the pro-Kurdish Peoples' Democratic Party (HDP), said the wedding had been for one of its members.

According to a report by Turkey's Dogan news agency, the couple had moved to Gaziantep from the Kurdish town of Siirt further east to escape fighting between Kurdish rebels and security forces.

On Sunday morning, smashed garage doors and windows could be seen at the site of the blast.

"The celebrations were coming to an end and there was a big explosion among people dancing," said Veli Can, 25.

"There was blood and body parts everywhere."

The bride and groom survived the attack, though the groom was wounded, a local official said. 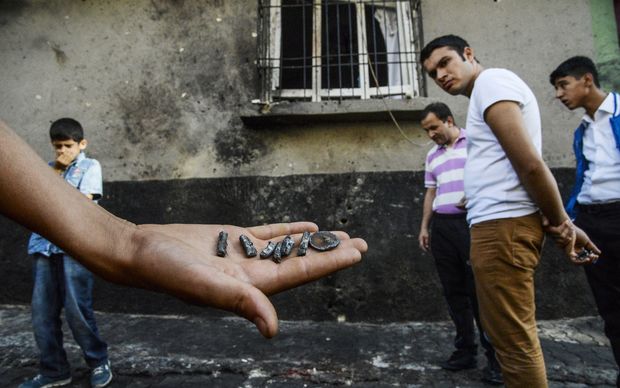 A person shows pieces of projectile near the explosion scene. Photo: AFP

It had been a traditional henna night, a celebration held by the bride's family before the wedding itself when henna paint is applied to the guests.

At least 12 people were buried on Sunday, but other funerals would have to wait because many of the victims were blown to pieces and DNA forensics tests would be needed to identify them, security sources said.

Southern Turkey has been hit by several deadly blasts over the past year, linked either to Kurdish separatist militants or IS.

Often the attacks were linked to developments in the war raging in Syria.

In northern Syria, just south of Gaziantep, there has been heavy fighting between Syrian Kurdish YPG forces and IS jihadist militants.

The border town of Kobane was wrested back from IS control by Kurdish-led forces in January 2015, after months of bitter fighting. 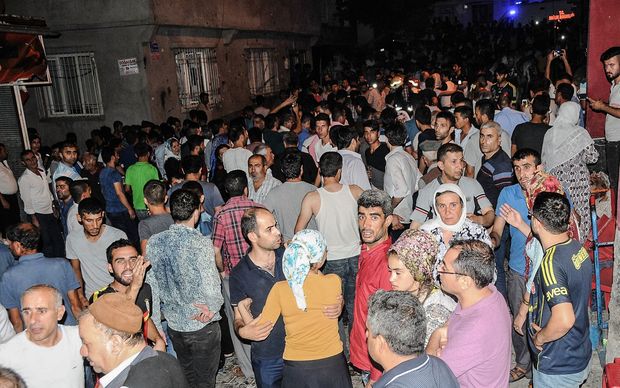 People gather near the explosion site in Gaziantep in the wake of the attack on a wedding party in southeastern Turkey. Photo: AFP

There has been a spate of bombings in eastern Turkey in recent months blamed on the rebel Kurdistan Workers' Party (PKK).

Islamic State militants were believed to be behind the attack, Samil Tayyar, a minister from the ruling AK Party said earlier on Twitter.

The jihadists have recently lost ground in northern Syria, including a former stronghold, Manbij. Syrian rebel soldiers are preparing to advance further into the IS-held province of Jarablus.