Egypt's state broadcaster has suspended eight of its female TV presenters and told them to go on a diet, sparking uproar among women's rights groups.

The Egyptian Radio and Television Union (ERTU) gave the women one month to slim down before they could appear on air again with an "appropriate appearance", the Al-Yawm al-Sabi website reported. 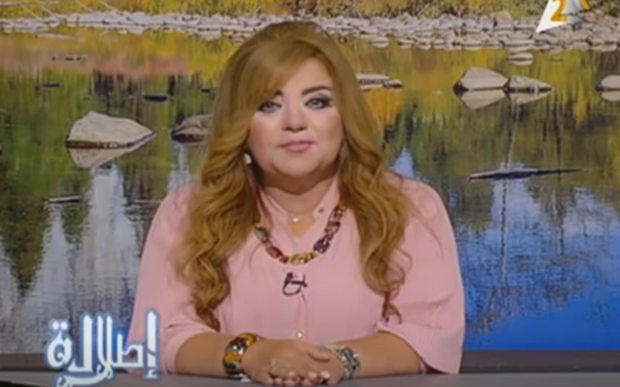 Khadija Khattab is one of eight television presenters who have been suspended because of their weight. Photo: Channel 2 / Egyptian Radio and Television Union

The ERTU has a female director, Safaa Hegazy, who is a former state TV anchor herself.

The announcement prompted an outcry among the affected presenters.

Khadija Khattab, a host on Egypt's Channel 2, told the paper she wanted people to watch her most recent TV appearances and judge for themselves if she was really "fat", and whether she deserved to be prevented from working.

Another presenter said the situation had upset the women's families and should have been dealt with internally.

The Women's Centre for Guidance and Legal Awareness condemned the move, saying it "violates the constitution" and was a form of violence against women.

It called on the ERTU to backtrack.

Despite the criticism, ERTU sources told the Veto news website that the decision would not be reversed, but that the women would not have their pay and benefits docked.

Egyptian media commentators debated whether the suspensions were justified.

But author and academic Waheed Abdul Majid said the channel should focus on improving its content, rather than the appearance of the presenters.

Some social media users voiced support for the women, but others called them "bakabouzas", a term Egyptians use to describe overweight women.

The presenters have also been defended in Egypt's parliament, with male MP and journalist Sayyid Hegazy asking: "Who is an ideal weight in Egypt?"

He told the Sada al-Balad news site that a presenter "might be a little overweight, but she is eloquent".