Republican presidential candidate Donald Trump has described US President Barack Obama as the "founder" of the Islamic State group.

"They honour President Obama," he told a rally in Florida on Wednesday. "He is the founder of Isis [Islamic State]. 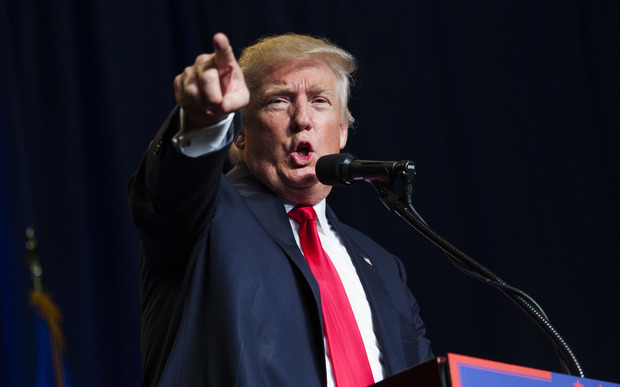 She responded by accusing him of "trash-talking" the US and echoing the talking points of Russian President Vladimir Putin.

Mr Trump stood by his remarks on Thursday, using a sports phrase to say Mr Obama and Mrs Clinton were the Islamic State's "most valuable players".

The Republican presidential nominee has endured 10 days of negative headlines after a string of controversial comments.

Most recently, he appeared to urge his supporters to take up arms against Mrs Clinton to stop her from appointing liberal judges to the US Supreme Court if she wins the election.

The hotel developer-turned-politician denied he was inciting violence, but the daughter of former President Ronald Reagan, who was shot in 1981, condemned his "verbal violence".

Patti Davis wrote on Facebook: "It was heard by the person sitting alone in a room, locked in his own dark fantasies, who sees unbridled violence as a way to make his mark in the world, and is just looking for ideas.

"Yes, Mr. Trump, words matter. But then you know that, which makes this all even more horrifying."

Mr Trump's latest controversy, that the US president and his former secretary of state are responsible for creating Islamic State, is a reference to US foreign policy under Mr Obama.

He has often accused the president of allowing the militants to flourish and has regularly suggested he is actually a sympathiser of the group. 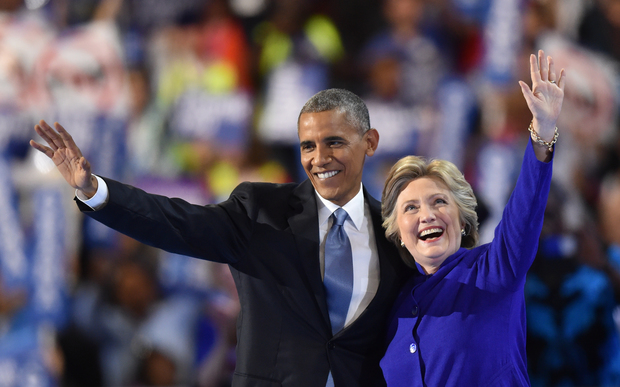 The White House has not commented on the "IS founder" claim but a spokesman for Mrs Clinton said: "This is another example of Donald Trump trash-talking the United States.

"What's remarkable about Trump's comments is that once again, he's echoing the talking points of Putin and our adversaries to attack American leaders and American interests, while failing to offer any serious plans to confront terrorism or make this country more secure."

Most recently, Senator Susan Collins said she would not be voting for him, pointing to a time he seemed to mock a disabled journalist.

Time Magazine on Thursday reported that the chairman of the Republican National Committee, Reince Priebus, had threatened to withdraw funding from Mr Trump's campaign, and instead direct it to Congressional campaigns.

Mr Trump denies that this conversation ever took place.

Polls suggest support for the embattled candidate has been falling in key battleground states in recent weeks.