The New Zealand judge who headed an independent inquiry into child sexual abuse in Britain has been asked to appear before British MPs to explain why she has quit. 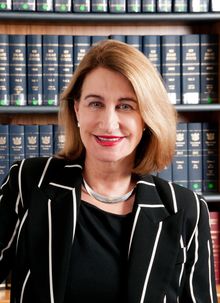 The Home Affairs Committee chair Keith Vaz said it was "not enough" for Dame Lowell Goddard to just resign and leave.

He has called for a thorough explanation, and said the only way to move forward was to hear from Dame Lowell.

Dame Lowell has not yet revealed her full reasons for quitting, but has said conducting such an inquiry was "not an easy task".

The Home Secretary Amber Rudd said the inquiry would continue "without delay" and in the absence of a new chair.

The inquiry was announced in July 2014 to examine claims of abuse made against public and private institutions in England and Wales.

It is meant to support victims and survivors of sexual abuse, and Mr Vaz said it was important to reassure them in the wake of Justice Goddard's resignation.

He said he would write to ask her to appear before MPs to explain her reasons.

There was "no better person" to tell MPs what progress the inquiry now needed to make, he said.

Mr Vaz said Justice Goddard's resignation was an opportunity to look at the "whole shape" of the inquiry - including its purpose, logistics and costs.

In a statement, Justice Goddard said she was "confident there have been achievements and some very real gains for victims and survivors of institutional child sexual abuse in getting their voices heard".

She said she took on the role because of her "relevant experience and track record in the area" but admitted that running the inquiry had been difficult.

"Compounding the many difficulties was its legacy of failure which has been very hard to shake off and with hindsight it would have been better to have started completely afresh," she said.

She added that accepting the job had been "an incredibly difficult step to take, as it meant relinquishing my career in New Zealand and leaving behind my beloved family".

Justice Goddard is reported to have had spent more than 70 days working abroad or on holiday during her time in charge.

An inquiry spokesman said the 67-year-old, who was appointed in April 2015, had spent 44 days in New Zealand and Australia on inquiry business and was entitled to 30 days' annual leave.